Jordan - Tonight | The impact of the polar winds, cold and dry, rushing from Siberia, deepened on the Kingdom, and temperatures fell below zero degrees Celsius. 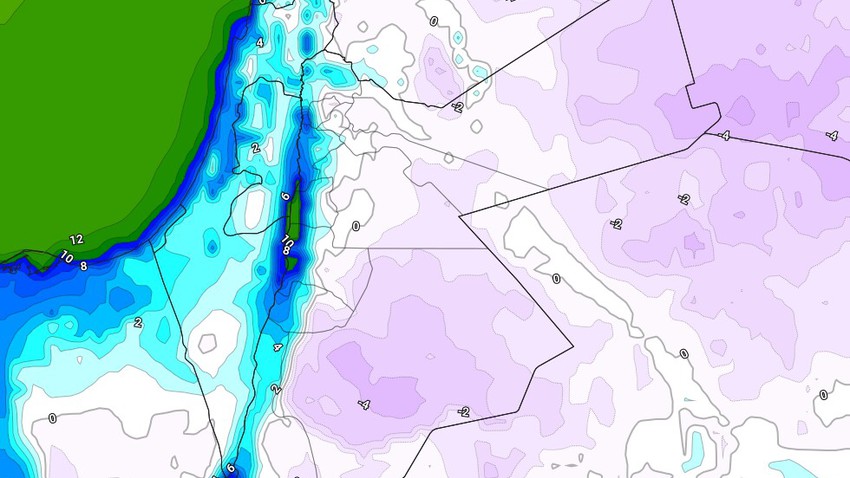 Arab Weather - The outputs of the numerical weather models at the Arab Regional Weather Center indicated the deepening impact of the cold and dry polar winds rushing from Siberia on the Kingdom with a cold Siberian atmosphere during the night hours of Monday / Tuesday.

The weather is clear and freezing in most areas, with fears of frost formation in different parts of the country, including most of the Jordan Valley.

The wind is light and choppy.

The minimum temperature in Jerash: 0°

The Arab Weather website recommends that in such weather conditions expected tonight:

Jordan | An additional rise in temperatures on Wednesday, and the atmosphere tends to heat