Jordan: Unstable weather and cooler weather at night during the middle of the week 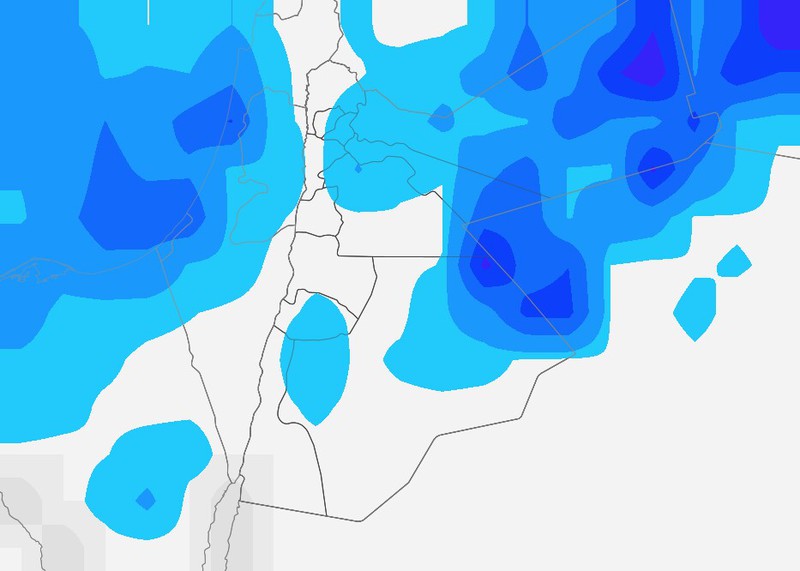 Weather of Arabia - the latest weather maps indicate expectations that temperatures will remain close to their usual rates for this time of year during the next few days, with the appearance of quantities of clouds at different altitudes, which may cause sporadic showers of rain in random areas of the Kingdom, at will. Allah.

And in the details, it is expected that the weather on Monday morning will be cold in most areas, with the formation of fog in different parts of the desert and the eastern plains, while the weather will be pleasant and partly cloudy during the noon and afternoon hours in most areas, and relatively cold over the high mountain heights, with The appearance of quantities of clouds at different heights, which may lead to showers of rain in some areas, especially in the eastern desert.

On Tuesday, a drop in temperatures is expected, to become slightly below their usual rates, and the weather will be relatively cold in most areas and pleasant in the Jordan Valley, the Dead Sea and Aqaba, with quantities of clouds appearing at different heights, and showers are expected. From the rains, God willing, in random areas of the Kingdom.

It is expected that the "minimum" temperatures will drop below 10 degrees Celsius in Amman and most of the major cities, so that the weather will be generally cold, while it will be remarkably cold in parts of the Al-Sharah Mountains, the Badia, and the eastern plains, which requires the use of various heating methods. Surface humidity levels rise, and fog forms in the late hours of the night and morning in several parts of the desert and the eastern plains, God willing.