Jordan - Update 8:00 at night: Thunderstorms in the southern regions 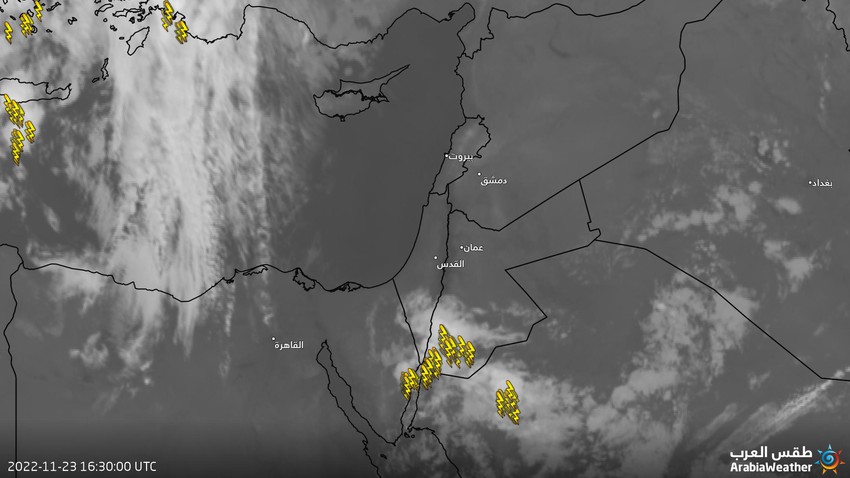 Weather of Arabia - The latest satellite images received by the regional "Arab Weather" center indicate that many southern regions in the Kingdom, including parts of Aqaba Governorate, have been affected by thunderstorms, which vary in intensity from one region to another, as some regions witness heavy showers that may lead to The flow of valleys and torrential rains in some areas.

It is worth noting that the unstable weather conditions will gradually increase during the coming hours, so that clouds will continue to gradually multiply at different altitudes, and it is expected that they will gradually extend to include rain, God willing, in separate parts of the Kingdom, especially the late night hours (Wednesday / Thursday) and Thursday dawn. To be heavy at times, especially in the desert areas, which leads to high chances of sudden torrential rains, in addition to the flow of valleys and reefs. It is recommended to be very careful not to be in low areas, valleys, valley streams and reefs, in anticipation of the occurrence and formation of sudden and sweeping torrents.

And these unstable weather conditions come before the Kingdom was affected by a second-class depression at the end of the week.. More details .