Jordan - Update at 12:45 pm | The beginning of the emergence of thunderstorms west of the Azraq area and east of Amman governorate administratively 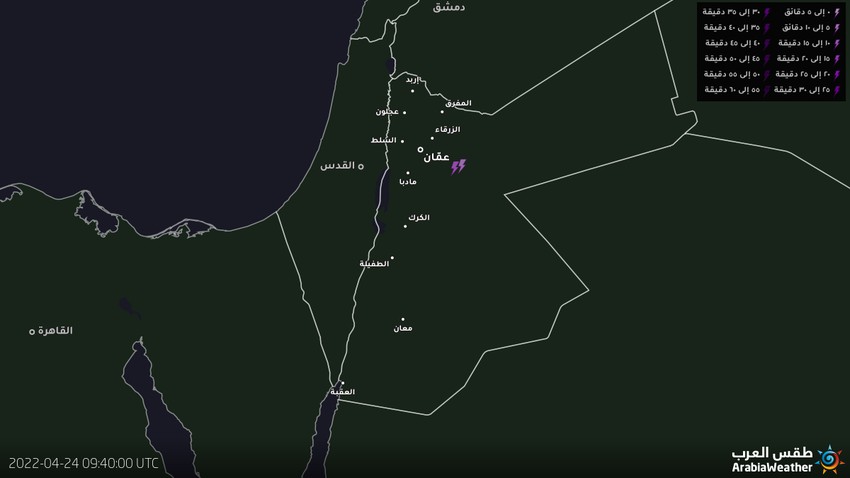 Arab weather - With large areas of the Kingdom continuing to be affected by the dust wave, a state of atmospheric instability began to emerge in the Badia regions, where the lightning observer in "Arab Weather" began sensing thunderstorms that formed now west of the Azraq region, and east of the capital governorate administratively.

Details of the forecast weather for today

The weather remains warm and tends to heat during the afternoon and is dusty at times. It is also relatively hot in the Jordan Valley, Bahramit and Aqaba regions.

Cumulus clouds multiply again in different random areas of the Kingdom, starting from the noon hours, and the opportunity is prepared for thunder showers of rain, God willing, that may be heavy in some narrow geographical areas and accompanied by showers of hail and the occurrence of lightning, which then causes the formation of torrents. Sudden, cumulus clouds are accompanied by an activity in wind speed, which leads to the occurrence of dust waves in the desert areas.