Jordan - update at 1:30 pm | The continued flow of clouds to the north and center of the Kingdom, accompanied by rain and hail 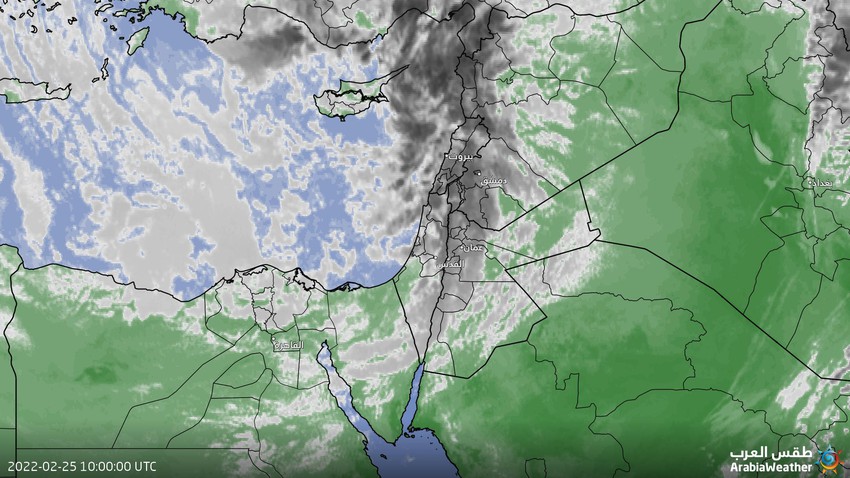 Weather of Arabia - The latest satellite images and operational weather radars indicate the continued flow of clouds at different altitudes from the Mediterranean Sea towards the north and center of the Kingdom.

Where showers of rain will fall during the coming hours on the northern and central regions, and it is not excluded that the rains will be heavy at times and accompanied by showers of hail over some areas.

Low clouds cross and touch the surface of the earth, forming fog at intervals over the high mountainous heights, and this comes within the Kingdom's impact on a second-degree (normal) air depression, which is accompanied by a cold and humid air mass.