Jordan - update at 2:40 | Monitoring an increase in the amount of dust in the south and east of the Kingdom 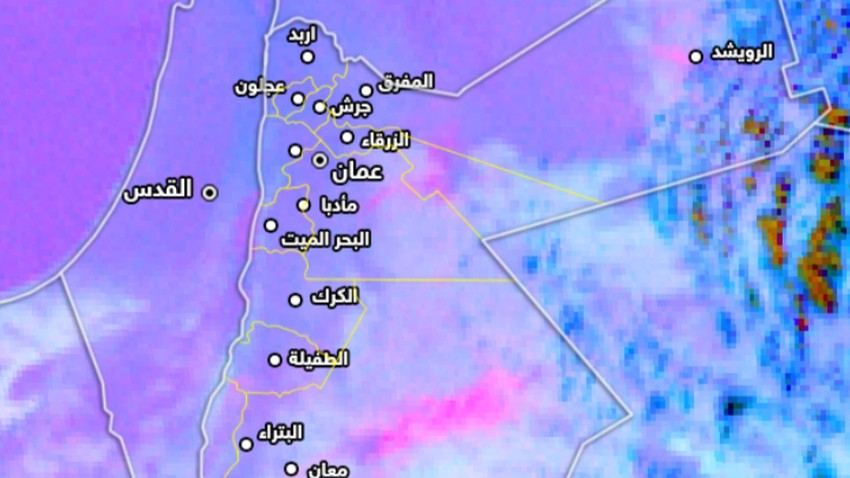 Arab Weather - The satellite images of the Arab Regional Weather Center have monitored an increase in dust quantities in the southern regions of the Kingdom, where the governorates of Tafila and Karak are witnessing a rise in the rates of dust transferred from the Palestinian Negev desert in the air.

According to the same photos taken, the southern Badia regions are witnessing heavy dust and low horizontal visibility. Also, areas in Aqaba, east of the capital, Amman, and Zarqa, in addition to some regions of the Eastern Badia, specifically the al-Ruwaished region, are witnessing dusty weather in varying proportions.

The Arab Weather website warns of the danger of an increase in wind speed in the southern regions during the coming hours, as the proportion of dust increases in the southern and eastern regions additionally, warning of low or no horizontal visibility in some areas.