Jordan - update at 3:20 pm | The first polar air front is about to cross the Kingdom in the coming hours 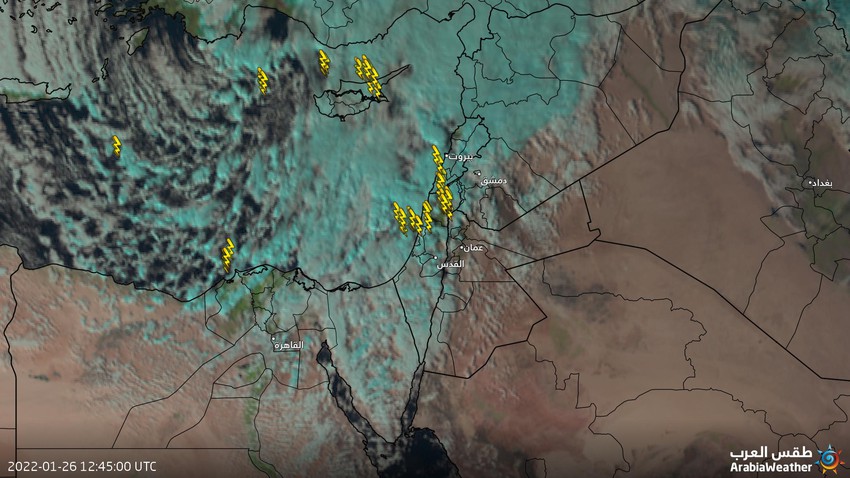 Arab Weather - The latest satellite images, recently captured at the Center for Operations and Air Control in Arab Weather, and the latest readings of rain radars indicate an increase in the proliferation of cumulus clouds in the sky of the Kingdom, which rain and hail rain on random areas, coinciding with intermittent showers of snow falling over the heights The northern and southern mountains, in front of a first polar air front, will cross the Kingdom.

The same photos taken indicate the approaching crossing of the polar air front from the Kingdom, as it began to enter the Palestinian territories. It is expected to reach the Kingdom in the coming hours, and upon its arrival, it will work, God willing, to:

Important recommendations from Arab weather while crossing the air front: