Jordan - update at 4:50 pm | Rain clouds approaching the north of the Kingdom, and strong waves of dust over the rest of the regions 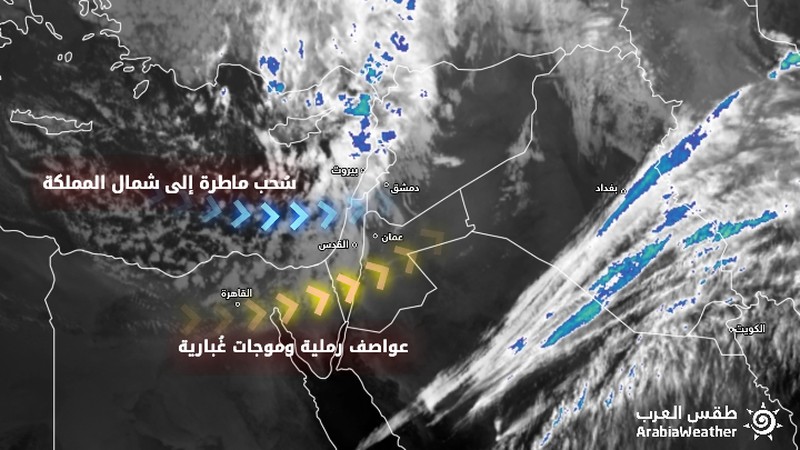