Jordan - Update at 7:15 pm | Cumulonimbus clouds gradually extend to parts of the north and center of the Kingdom in the coming hours, accompanied by a rush of amounts of dust 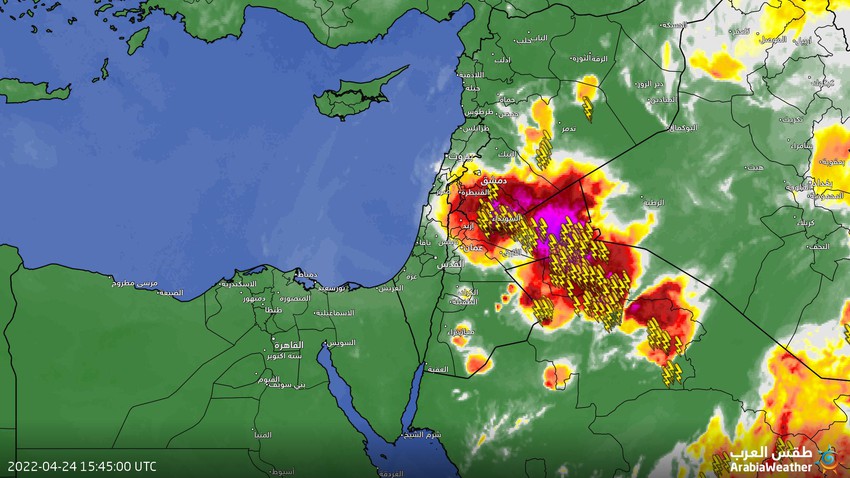 Weather of Arabia - The latest satellite images indicate the movement of rain clouds accompanying the state of atmospheric instability to parts of the north of the Kingdom, and later parts of the central regions in the coming hours, where muddy showers of rain fall in random geographic ranges.