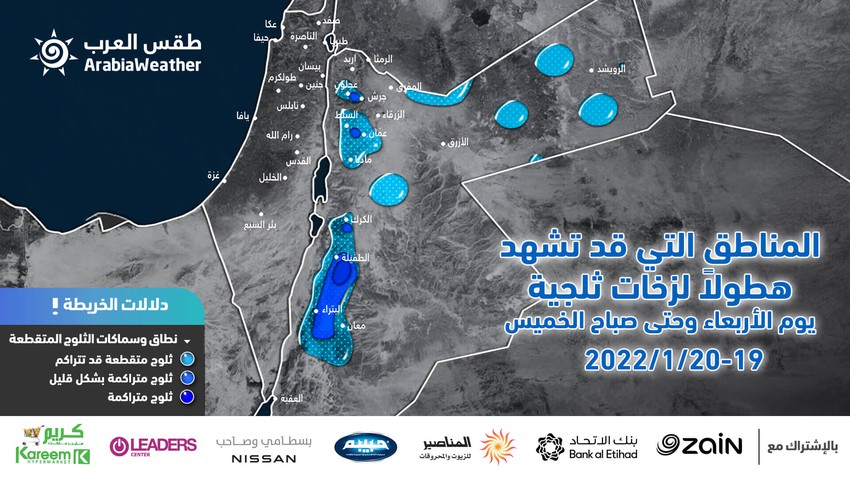 Arab Weather - The Kingdom is affected, God willing, as of Wednesday morning hours, by a classified air depression of the third degree (medium to high effectiveness) according to the indicator for measuring the severity of air depressions developed by Arab Weather.

The Kingdom crosses a cold air front in the hours of Wednesday morning, so that the weather gradually turns to very cold, stormy and cloudy with showers of rain, God willing, in the north and center of the Kingdom in addition to the southern highlands, (Also, it is expected that the morning precipitation will be in the form of showers of hail and Snow over high mountainous altitudes that are more than 1000 meters above sea level and may extend below that height at intervals, and some accumulations are not excluded). As for the rest of the day, showers of rain will continue to fall, God willing, in the north and center of the Kingdom in addition to Karak, sometimes mixed with snow over the tops of the heights, and then temporarily the level of snowfall rises to 1200 meters above sea level.

Cold polar winds of Siberian origins rush to the Kingdom behind the depression. The weather is extremely cold and fluctuates between partly cloudy and cloudy with showers of rain and hail at intervals in different parts of the north and center of the Kingdom in addition to the Karak Governorate, and this extends Precipitation gradually during the night towards parts of the southern regions. 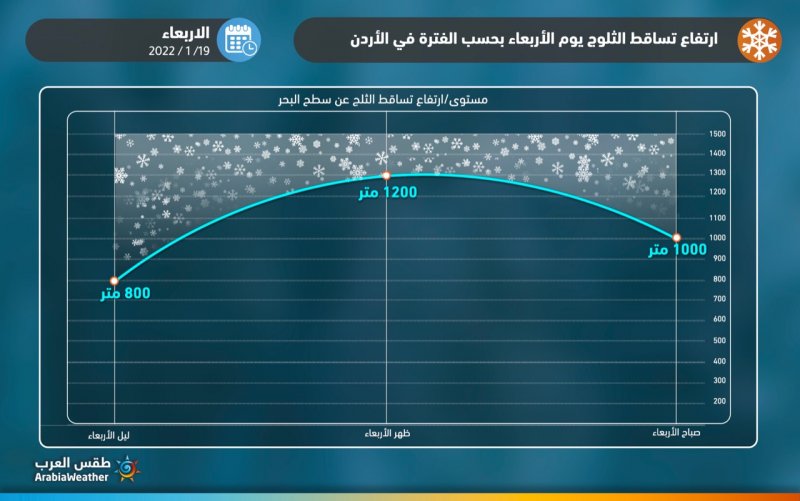