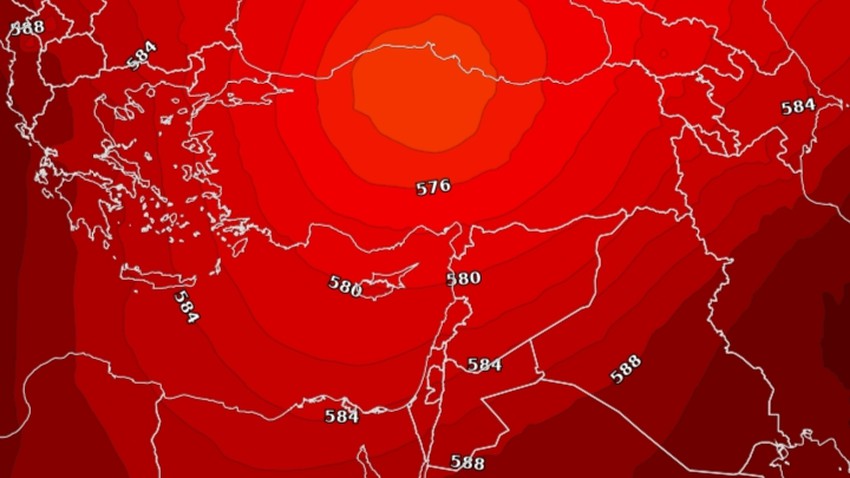 Arab Weather - Weather maps in the Arab Regional Weather Center indicate that there will be another small drop in temperatures on Sunday, while they remain around their rates for this time of the year, and a cold weather prevails in the first morning, becoming a moderate summer over the highlands and western regions for the rest of the day, while It will be hot in the Jordan Valley, the Dead Sea and the city of Aqaba, coinciding with the appearance of low clouds in the western regions of the Kingdom, especially in the morning.

It is expected, God willing, that temperatures will tend to rise gradually and slightly from Monday to Thursday and will continue around their rates for this time of the year, and the weather will be mild summer in the mountainous heights and western regions, and relatively hot in the rest of the regions, while it is hot in the Jordan Valley, the Dead Sea and the city of Aqaba In addition to the eastern Badia regions.

The maximum temperatures during the last week of June are between the mid and early thirties in the mountainous highlands and western regions of the Kingdom, while they are around the mid-30s Celsius to slightly higher in the Jordan Valley, the Dead Sea and the city of Aqaba in addition to the desert areas, which is considered normal for those regions, and thus the month of June ends with a normal summer atmosphere and no expected hot air masses during the current week.

Continuous blowing of northwesterly winds in the afternoon and evening periods

Northwesterly moderate winds will continue to blow during the afternoon and evening hours in the coming days, energizing at times and causing dust and dust in the desert and open areas.

Nice nights tend to get a little chilly late

The weather will be pleasant during the night hours, but it will tend to be a little cold at the late night hours and dawn in parts of the high mountainous heights and the eastern plains, especially at the beginning of the week, coinciding with a rise in surface moisture levels and low clouds appear, especially in the northern regions.