Jordan | Warm and sunny spring weather on Wednesday and pleasant at night, with a chance of fog forming in some areas 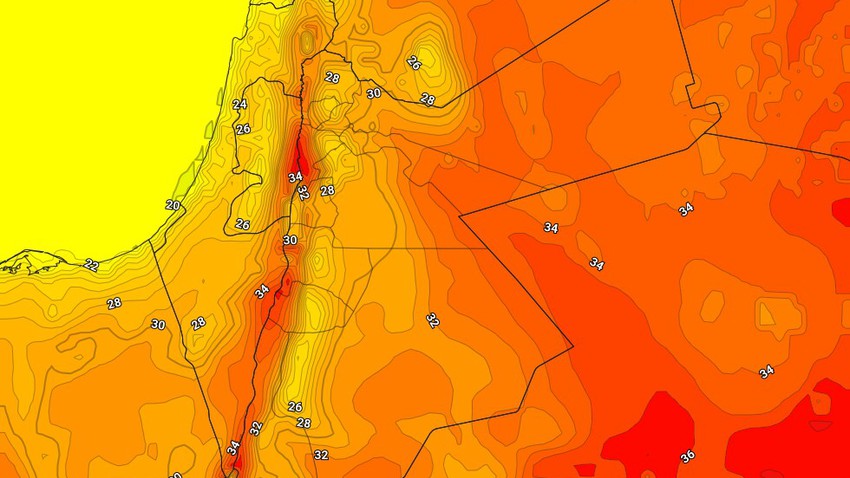 Arab Weather - There is a slight drop in temperatures in Jordan on Wednesday, while they remain slightly higher than their rates for such a time of the year, and the spring weather is generally warm and sunny during daylight hours, and some moderate clouds may appear in some areas, especially in the morning hours. Relatively hot in the Jordan Valley, Dead Sea and Aqaba regions, and the winds will be light westerly to northwesterly to moderate speed, and they may occasionally be active in some areas during afternoon hours.

There is a further decrease in the night temperatures, so that the weather becomes pleasant in most regions of the Kingdom during the late hours of the night, and it tends to cool in the hours of dawn over some areas, especially the high mountain heights, and there is an increase in surface humidity rates and fog forms in the far north of the Kingdom, and the winds are westerly Light to northwesterly to moderate speed.

For more details about weather conditions and temperatures, in addition to many great features, download the Arabia Weather app from here .

A question for mothers on Father's Day, can you give the father the freedom to share the responsibility for taking care of the young?