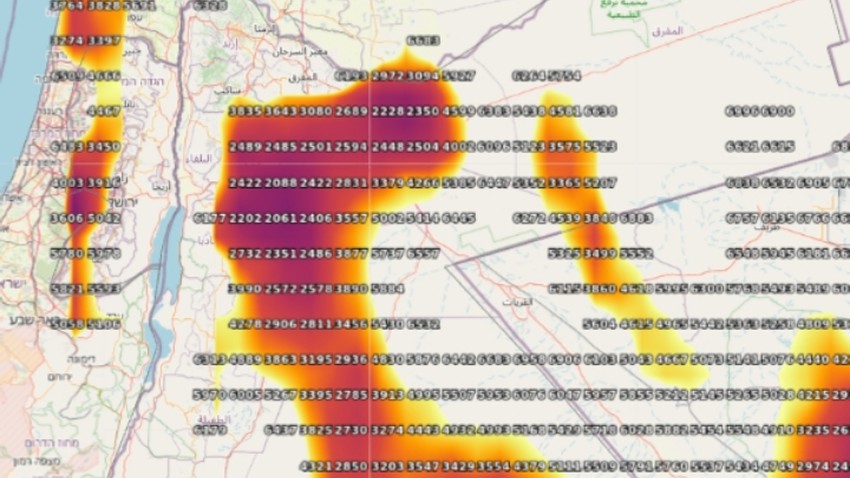 Arab Weather - The weather maps in the Arab Weather Center indicate an intensification of the speed of the southeast winds from dawn and Saturday morning and during the rest of the day to be moderate to active speed and accompanied by strong gifts that exceed the 60 km / hour barrier, especially in the slopes of the mountainous heights and the open and open areas, and be The winds raise dust and dust in various regions, especially the central and northern ones. It is not excluded that the north and center of the Kingdom, including the capital, Amman, will be affected by a wave of dust, starting on Saturday morning, which will lead to a significant decrease in the range of horizontal visibility.

The weather is not suitable for outdoor activities on Saturday

And due to the activity of the southeast winds and the increase in dust in the atmosphere, the weather on Saturday will be unsuitable for any outdoor activities, and the Arab Weather website advises not to swim in the Dead Sea on Saturday as a result of the eastern winds.

Why is it not recommended to swim in the Dead Sea on Saturday?