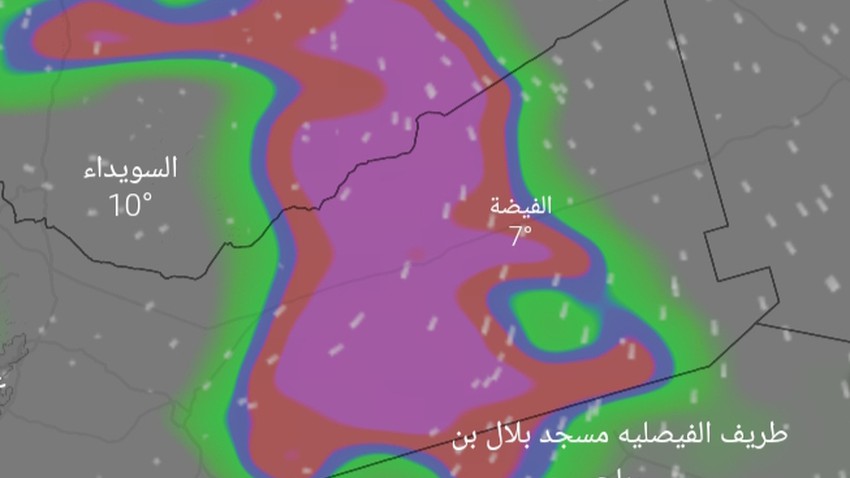 Arab Weather - The latest output of the numerical weather models processed by the Air Operations Department at the Arab Weather Regional Center indicates expectations of fog formation during the late night hours of Sunday night / Monday on the eastern plains and the eastern desert until the late morning hours of Monday.

Horizontal visibility is less than 1000m

It is expected, God willing, that the fog will be thick in the eastern plains and the eastern Badia. The dense fog includes powerful desert roads such as the Baghdad International Road, amid expectations of a significant decrease in the horizontal visibility of less than 1000 meters, and perhaps its lack in some areas.

The reason for this is due to the rush of northeastern air currents saturated with moisture, which raises the humidity by more than 95%, coinciding with the calmness of the wind speed, and the clarity of the atmosphere, where thick fog forms, and warns the drivers of the danger of low horizontal visibility.