Jordan | Warning of active winds and dust waves in the desert areas, Sunday and Monday 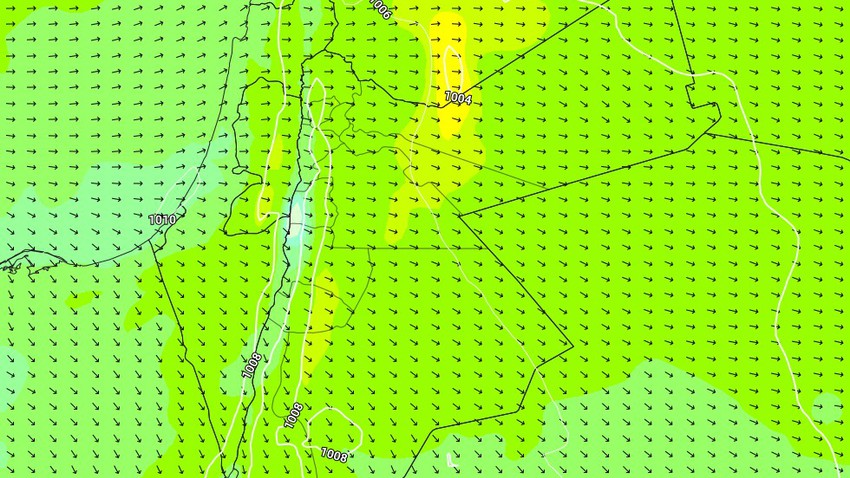 Arab Weather - According to the weather maps processed by the Arab Weather Center, moderate to active westerly winds will gradually blow on Sunday and Monday, especially on Monday, and the winds will be accompanied by strong gusts in the south and east of the Kingdom exceeding the 70 km/hour barrier, which will form dust waves in the desert areas from The Kingdom, especially the eastern ones, which naturally leads to a decrease in the extent of horizontal visibility with the afternoon and evening hours.

Dust waves include desert roads from the east of the kingdom

The dust waves on Sunday and Monday include desert roads in the east of the Kingdom in particular, including parts of the desert road that connects the south of the Kingdom with the capital Amman, in addition to the Baghdad International Road, which also includes the Trebil border crossing with Iraq and the road leading to the Al-Omari border crossing, and under weather conditions. What is expected The Arab Weather website advises drivers to take the necessary precautions while walking on roads that witness heavy dust and low horizontal visibility, especially on Monday.