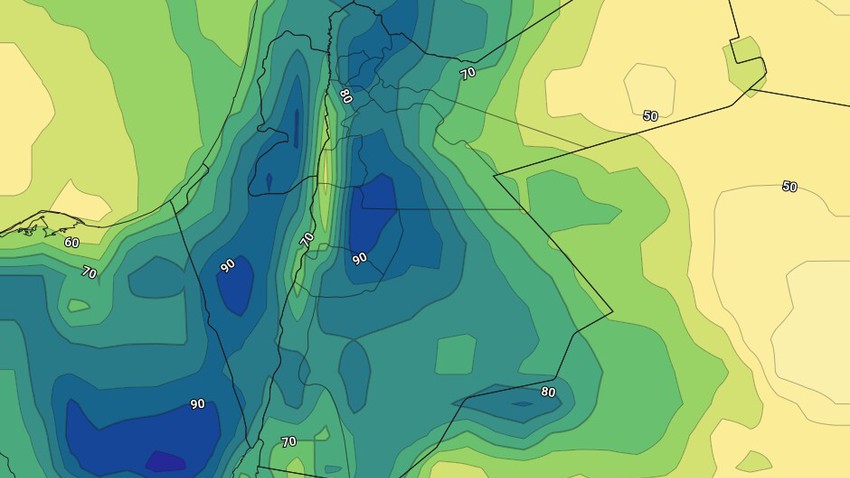 Arab weather - the latest outputs of numerical weather models indicate a significant increase in humidity during the night hours of Wednesday / Thursday, dawn and Thursday morning in various regions of the Kingdom, so that fog forms over parts of the eastern plains and mountainous heights during the late night hours, dawn and early morning, and it is not excluded that Fog is thick at times.

Fog includes Karak Governorate and parts of the desert road

The chances of dense fog forming include the Karak governorate and parts of the desert road leading to the capital, Amman. It is expected that the fog will be dense in those areas, causing a decrease in the horizontal visibility to less than 1000 meters over some areas, and perhaps its absence at times.

Therefore, drivers are advised to take the necessary precautions while driving on roads that witness the formation of fog.