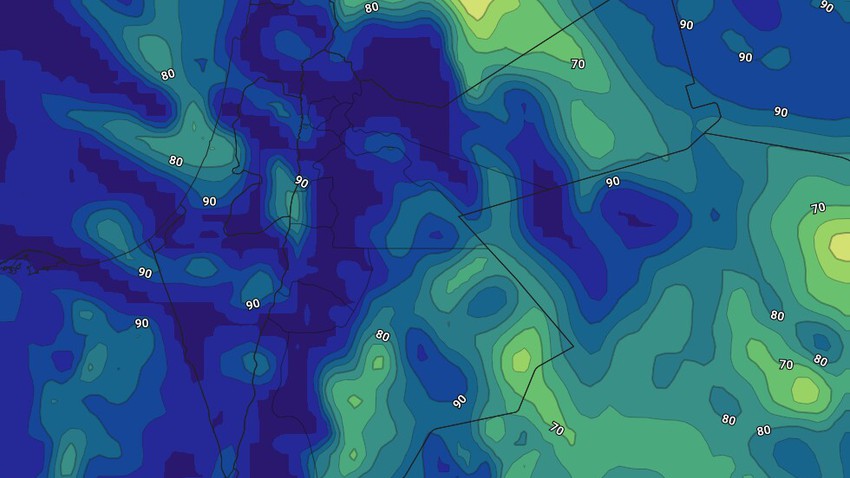 Weather of Arabia - With the will of God, and with the Kingdom being affected on Friday by an air depression of a normal degree and the rush of very humid air currents behind Saturday, large quantities of low clouds touching the surface of the earth will rush into the Kingdom.

Where it is expected that dense and very dense fog will form over the mountainous heights at times, especially in the evening and night of Friday / Saturday and Saturday, with expectations that the fog will expand to include a geographical area wider than the Kingdom on Saturday / Sunday night and includes including the eastern plains and the Badia regions.

The Arab Weather website warns of the danger of a significant decrease in the extent of horizontal visibility, and perhaps its absence at times, especially on external roads that enter the mountain range of the Western Kingdom, such as the Irbid-Amman road, which passes in Ajloun and Jerash, and the desert road that connects the capital Amman with the south of the Kingdom, which also passes within the southern mountain chain Western.