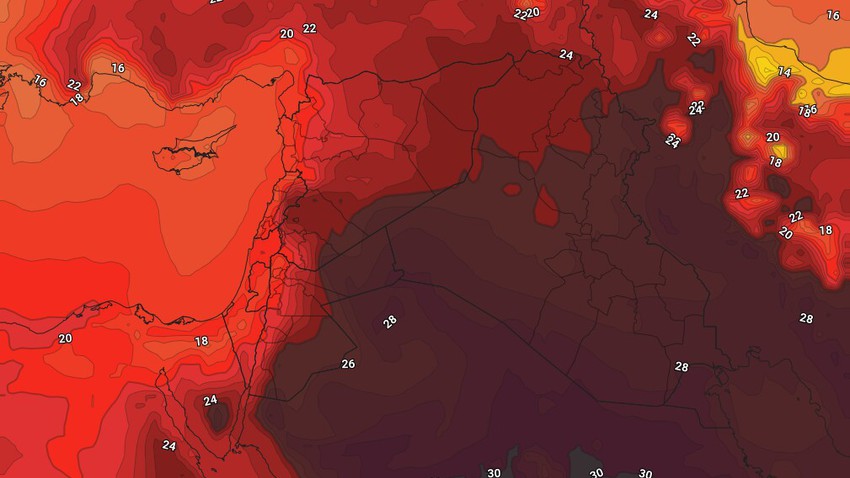 A further decrease in temperatures occurs on Thursday (the first day of the blessed Eid al-Fitr astronomically), but they remain slightly higher than their normal rates for such a time of the year, and the weather continues to be relatively hot and clear in general with the appearance of some high clouds in the east of the Kingdom, and the winds will be northerly. Light westerly to moderate speed, active sometimes, especially in the afternoon hours, and the weather remains pleasant during the night hours, tends to be cold in the middle of the night and during the dawn hours, especially in the high mountainous heights, and the winds are northwesterly light to moderate speed.

Temperatures return to rise on Friday, and the weather remains relatively hot in general during daylight hours, and moderate during night hours, and the latest output of numerical models indicates the presence of indicators of the kingdom being affected by a hot air mass on Saturday, so there is a tangible rise in temperatures to become higher than their normal rates for such as This time of year is much of the year, and the weather is hot in all regions.