Jordan - Weekend | A chance of thunderstorms in the south, dark and relatively hot nights awaiting the Kingdom 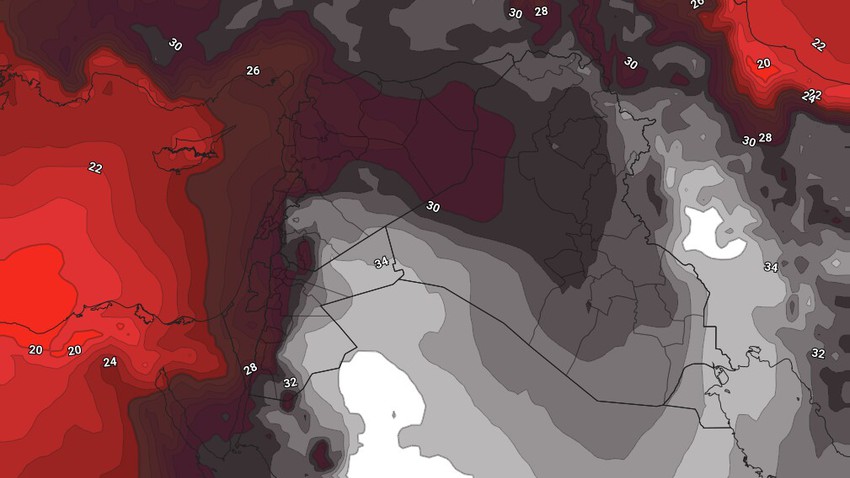 Arab weather - the Kingdom continues to be affected by the heat wave on Friday, so that temperatures remain much higher than their rates for this time of the year, and the weather is hot to very hot and humid over all regions of the Kingdom, and temperatures are at advanced forty levels in the Jordan Valley, the Dead Sea and the city of Aqaba , in addition to the eastern Badia, while temperatures approach the 40 degrees Celsius barrier in some areas and neighborhoods of the capital, Amman, especially the eastern ones.

With the spread of clouds at medium and high altitudes, some thunder clouds may be interspersed in limited parts, working on thunderstorms of rain of a random nature, especially in the southern regions, and the possibility includes including Wadi Rum, Wadi Musa and parts of Ma'an, and thunder clouds are accompanied in case They are actively formed at the speed of surface winds that stir dust and dust.

A little dip in the heat wave on Saturday, and the chances of thunderstorms continue, especially in the Badia areas

There is a slight decline in the intensity of the hot meadow on Saturday, so that there is a slight decrease in temperatures while they remain several degrees higher than their rates for this time of the year, and the weather is generally hot and humid, while it is very hot in the Jordan Valley, the Dead Sea and the Badia regions, with continued The appearance of clouds at medium and high altitudes, with a possibility of thunder showers of rain in parts of the southern and eastern Badia, and thunderstorms actively accompanied by the speed of surface winds that raise dust if they form.