Jordan - Weekend | Cold weather during the day and very cold at night, with the return of the eastern winds 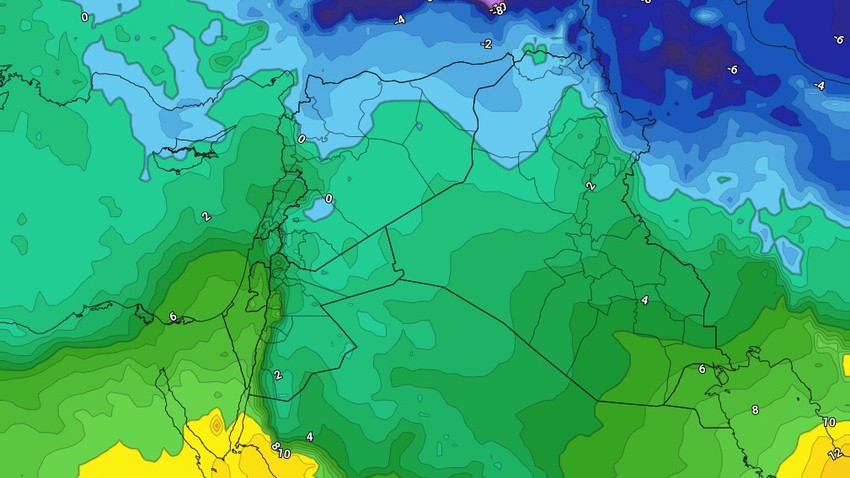 The continuation of very cold nights, with freezing and frost forming in some areas

The weather remains very cold at night hours in all regions, especially in the hours of Friday / Saturday night, and this coincides with the formation of freezing and frost over parts of the southern and eastern Badia in addition to the mountain heights in the north, central and south of the Kingdom, with renewed warnings and recommendations that the necessary measures should be taken before Farmers due to the very low temperatures at night.

The return of the blowing and activity of the southeast winds

The Kingdom will be affected in the coming days by the extension of the Siberian air altitude, as the southeast winds return to the Kingdom during the weekend, and they are moderate in speed, but they are sometimes active in large parts of the Kingdom, especially in the mountainous highlands and the Shafa Ghoriya regions, and the eastern winds increase the feeling Remarkably cold.