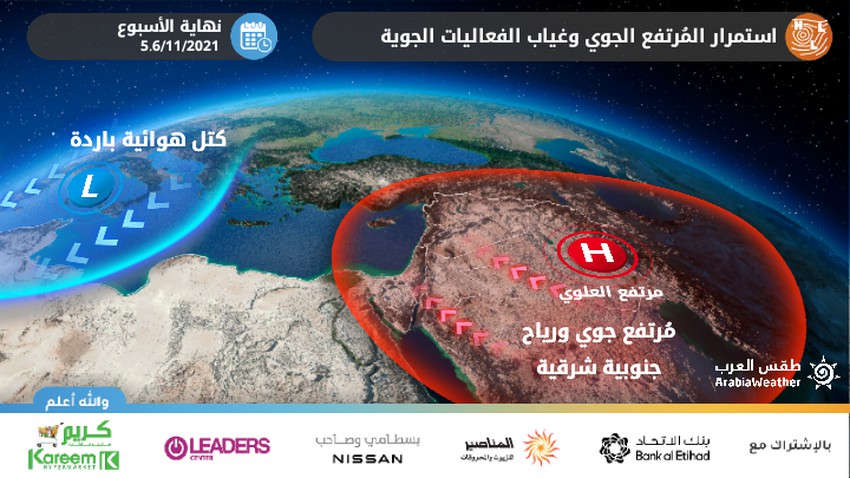 Arab Weather - The latest outputs of the numerical weather models processed by the Air Operations Department at the Arab Weather Center indicate the continuation and increasing influence of the Kingdom with a high air extension at the end of the week, as a result of which the temperatures continued to rise additionally and a little at the end of the week to continue higher than their rates for such a time Of the year, the weather is moderate in most regions of the Kingdom, tending to be hot in the noon and afternoon hours.

While it is relatively hot in the Jordan Valley, the Dead Sea and the city of Aqaba, some clouds appear at medium altitudes over parts of the Kingdom, with the continued absence of weather events during the weekend and for several days.

Cold weather at night calls for a coat

It is expected, God willing, that the weather will continue to be relatively cold in many areas during the late night hours, cold over the peaks of the high mountain heights, which requires wearing a coat while leaving the house, and the weather will be drier than usual as a result of the east winds.

Continuous blowing of the easterly wind to the southeast

The dry east wind also causes an increase in the feeling of cold during the night and early morning hours.