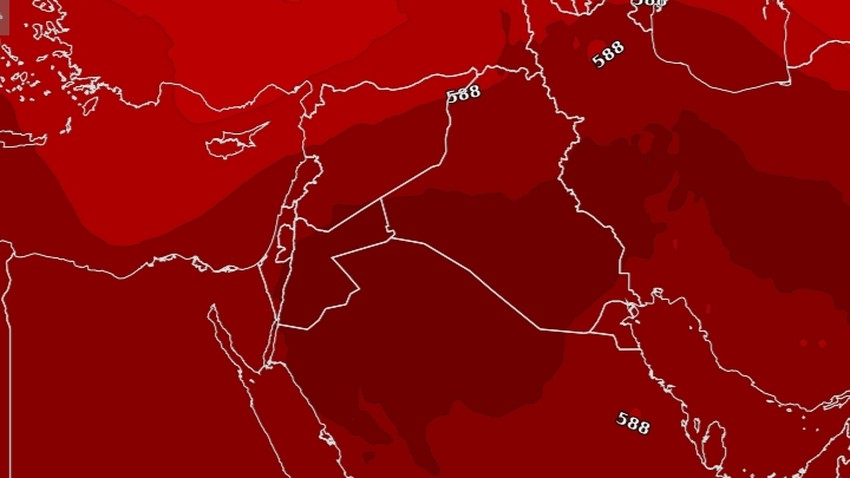 Arab Weather - The latest outputs of the numerical models received at the Arab Regional Weather Center indicate that the Kingdom will continue to be affected by a hot air mass on Friday and Saturday, as temperatures remain higher than their rates for this time of the year by 5 degrees Celsius, and the weather is hot in summer with varying severity in various regions , While it continues to be very hot in the Badia, the Jordan Valley, the Dead Sea and the city of Aqaba.

The weather continues to be warm at night in various regions of the Kingdom, but it tends to be moderate in the mountainous heights and the eastern plains in late times of the night and during dawn, coinciding with high surface humidity levels, especially in the northern regions, and the low clouds gradually appear.

Winds of variable direction and light speed blow over the Kingdom in the first half of the day on Friday and Saturday, and turn to northwesterly moderate speed in the afternoon and evening, sometimes active and accompanied by strong gifts, especially in desert areas that are dusty and dusty.