Jordan | Westerly humid air currents affect the Kingdom on Monday, causing a decrease in temperatures and the appearance of low clouds 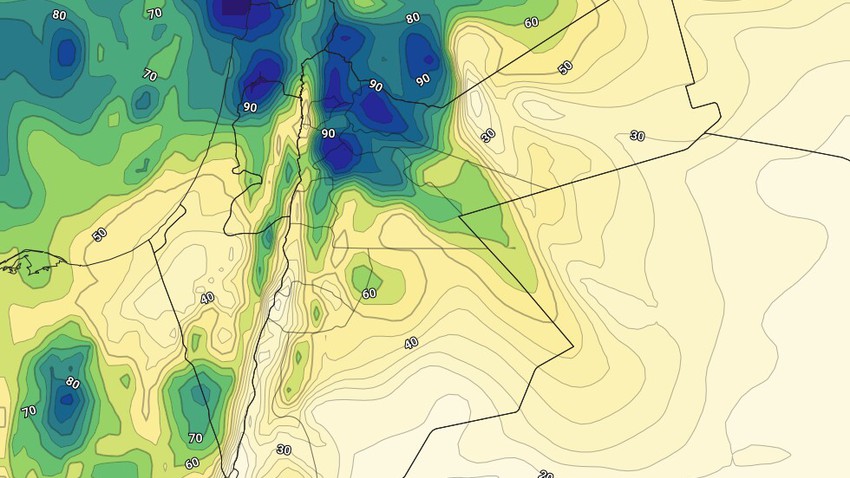 Weather of Arabia - God willing, it is expected that the Kingdom will be affected by humid western air currents coming from the Mediterranean, so there is a slight decrease in temperatures to become around their rates for this time of the year on Monday, and the weather is relatively cold in general.

The winds will be northwesterly to northwesterly, moderate in speed, active at times and raise dust and light dust in the eastern Badia regions.

Cold weather continues at night with the formation of fog

There is a decrease in temperatures during the night hours, and the weather will be cold to very cold in all regions of the Kingdom.

There is a significant increase in the surface humidity levels to exceed the 90% barrier in large areas, so that fog forms in several parts of the eastern and Badia plains, in addition to parts of the valleys. This includes powerful desert roads.