Jordan | Western air currents saturated with moisture rush towards the Kingdom on Saturday, and chances of rain continue with the formation of fog 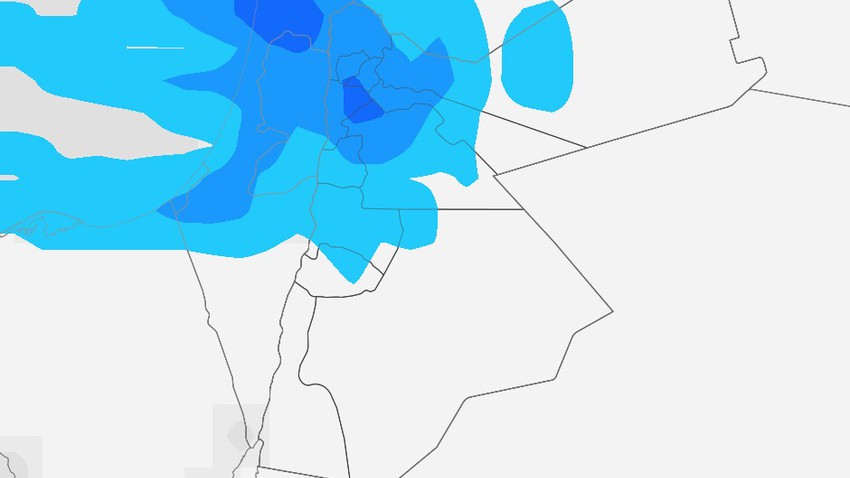 Weather of Arabia - It is expected, God willing, that temperatures will continue to be lower than their averages for this time of the year on Saturday, and the weather will be cold and humid in general, and humid western air currents flow towards the Kingdom rushing behind the center of the depression.

Amounts of clouds appear at medium and low altitudes, and rain falls at intervals in different regions of the Kingdom, especially the northern and central regions, coinciding with the continued crossing of low clouds touching the surface of the earth, forming thick fog at intervals over the high mountainous heights.

There is a decrease in nighttime temperatures compared to the previous nights, and the weather is generally cold to very cold, and temperatures approach zero degrees Celsius in the Shara Mountains and the southern Badia regions, where frost and freezing form in those areas.

The amounts of clouds are decreasing, but as they continue to appear, as the opportunity remains for scattered local showers of rain in some areas.

Coinciding with a significant increase in surface moisture, fog is forming in many parts of the Kingdom, especially in the mountainous heights, the Badia regions, and the eastern plains.