Jordan | When will the impact of the depression end on the Kingdom? 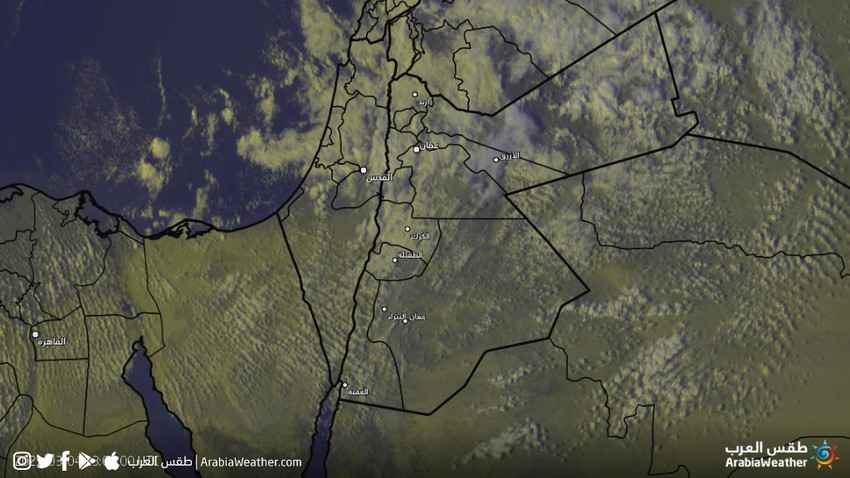 Weather of Arabia - The Kingdom has been affected since yesterday evening by an air depression of the first degree (the weakest), and is associated with a cold air mass, which worked on the prevalence of cold weather and showers of rain in different parts and at different times.

When does the depression effect end?

With the exception of parts of the far east of the Kingdom, where opportunities remain for showers of rain until late hours at night, with the return of the weather to stability after that, and fog forms over separate areas, and the weather is generally very cold, God willing.