Jordan witnesses the summer solstice on Tuesday, announcing the official start of the summer season in the Kingdom 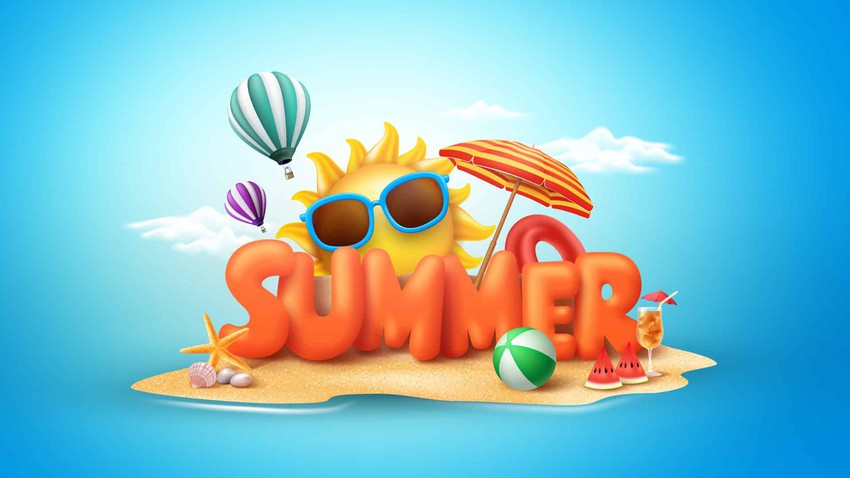 Weather of Arabia - Jordan and the countries in the northern hemisphere will witness on Tuesday the phenomenon of the summer solstice, announcing the start of the astronomical and official summer season in the country, which lasts 94 days, that is, until the autumnal equinox on September 23.

You may also be interested in: Why is the summer season longer than the winter in number of days?

What happens on the day of the summer solstice?

The summer solstice this year occurs on (June 21) at 12:13 pm local time in Jordan, which means that the sun reaches its northernmost point in the sky, and then begins to head south, and the sun on the summer solstice is completely vertical throughout the course of the year. Cancer is located north of the equator at about 23.5 degrees latitude.

Therefore, on Tuesday in Jordan, the sun rises from the far northeastern corner of (61 degrees) at 5:30, and sets at the farthest northwest corner of (299 degrees) at 7:45 pm, so Tuesday will be the longest day during this year. With a duration of up to 14 hours and 15 minutes, while Tuesday night is the shortest night during this year, its duration is 9 hours and 45 minutes.

You May Also Like: 10 Fun Facts About Summer Solstice

You may also be interested in: What is the difference between the beginning of summer, astronomically, and meteorology?

The advantages of summer in Jordan

The summer in Jordan is characterized by high temperatures and dry weather, and during the summer, specifically August, the Kingdom is affected by heat waves, some of which were standard in past years, and the Kingdom is affected during this summer by heat waves at intervals following the rush of hot or often very hot air masses What is formed from the Arabian Peninsula as a result of the expansion of the seasonal thermal depression towards the Kingdom.

For example, in the last days of August 2020, the Kingdom was affected by a severe heat wave, during which Queen Alia Airport recorded 42 degrees Celsius, while Marka Airport recorded 41 degrees, and temperatures exceeded 40 degrees Celsius in large parts of the Jordan Valley and parts of Jerash Irbid and Ajloun, and this was as a result of the Kingdom being affected by a very hot air mass that lasted for several days.

The Kingdom is also characterized by a very small amount of rain during the summer, and some areas of the south and east of the Kingdom may witness the fall of summer rains called convective rain, which is associated with the emergence of atmospheric instability as a result of the high heating of the surface of the earth and a rush of moisture in the middle and high layers of the atmosphere coming from the Red Sea.

Temperatures during the summer in Jordan

As for the expectations for the summer of this year, the Arab Weather Center has issued seasonal forecasts in Jordan for the months of July, August and September (7-8-9) for the year 2022, where expectations indicate that the Kingdom will be affected by relatively hot to hot weather in different periods of July and August, with Temperatures are higher than their normal rates, but the weather turns into a normal summer during September.. More details via the seasonal or monthly weather bulletin.