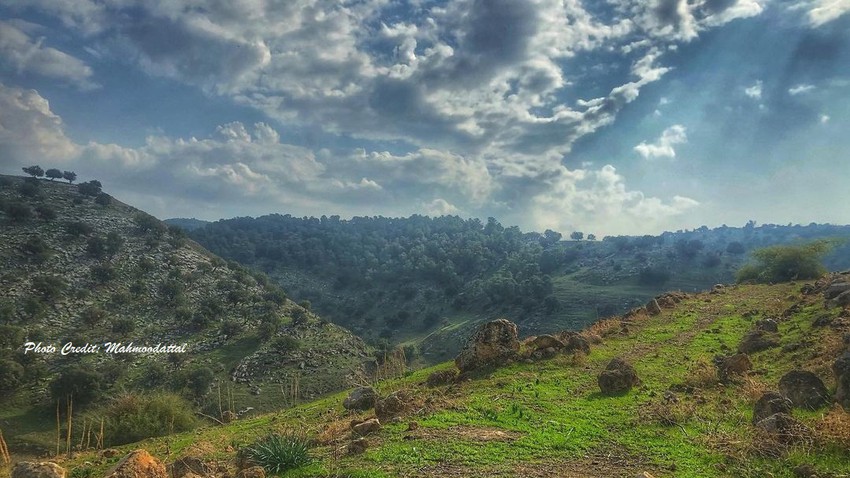 Weather of Arabia - On an area of ​​92,300 square km, Jordan embraces a wonderful diversity of stunning landscapes, where the calm colors of the desert, the greenness of the refreshing forests, and the charming blue of the sea combine on its lands, in addition to combining the effects of ancient history and manifestations of civilization, modernity and progress.

Jordan is located in western Asia and in the north of the Arabian Peninsula, and it has common borders with Syria, Iraq, Saudi Arabia and Palestine, and it has a water outlet on the Red Sea through the city of Aqaba, which is located in the far north of the Gulf of Aqaba. It was named Jordan in relation to the Jordan River, which runs on its western borders.

Jordan has the lowest point in the world which is the surface of the Dead Sea, and it is -408 m below sea level. The highest peak is located on Umm al-Dami Mountain, 1854 meters in the Wadi Rum region, near Jordan's border with Saudi Arabia.

The forests in the northern regions of Jordan constitute 50% of the forest area in the Kingdom, and there are deciduous oak forests, which are the national tree of Jordan and mainly located in the Bani Kinana region, and evergreen oak forests or what is known as oaks that are found purely in Ajloun, And the Aleppo pine forests found mainly in the area of ​​Dibeen, Al-Naima and Ajloun. There are also Phoenician juniper forests, which are distributed in many southern regions of the Kingdom, such as Shobak and Petra.

To visit Ajloun and its green forests, details here

The Barqash Forest is one of the largest forests in Jordan in terms of area, and is characterized by its mostly moderate climate, and many animals live there, such as: mountain deer and a number of other European brown deer and oriental arrows, as well as wild birds, including peacocks, partridges and turkeys, in addition to some mammals such as gray wolves. and striped hyenas, red foxes, wild cats, beech pricks and European badgers. It also includes a high botanical diversity, with more than 100 plant species.

There are many caves in Barqash, including the Al-Dhahr cave, which is 4 million years old, and is considered one of the most beautiful natural caves in the world. 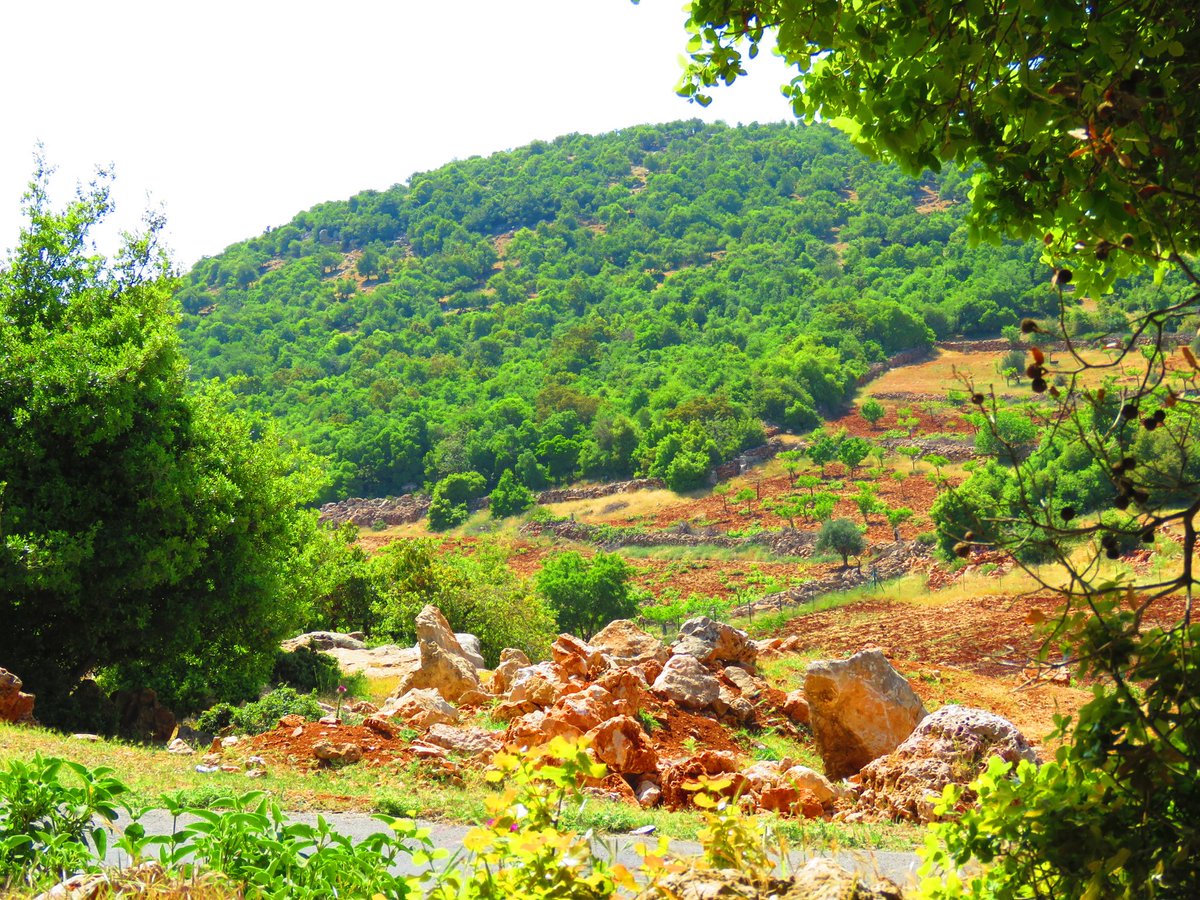 It is called the Badia region, and it occupies 75% of the area of ​​Jordan, and extends to Syria, Iraq, and the Kingdom of Saudi Arabia. Wadi Rum is one of the most famous areas in the Jordanian desert. It is a protected area that covers 720 square kilometers of desert wilderness in southern Jordan, characterized by wide sandy valleys that In the middle of huge mountains of sandstone and granite reaching a height of 1700 meters and more, and in the depths of the mountains penetrate the canyons and narrow cracks, many of which hide ancient rock drawings dug by the peoples of the desert over thousands of years.

Although Wadi Rum has a wondrous charm that gives you complete serenity while contemplating its sands, stars and sun, and allows you to enjoy the serenity of the desert that calms the soul and clears the mind, it has adventure and suspense activities that put you in a new and fun experience that does not resemble the pleasure of your experience in any other places. To visit Wadi Rum in Jordan, find out the details from here

The sea in Jordan

Jordan is characterized by having the lowest point in the world , which is the Dead Sea area, and the Dead Sea has many advantages that make it a distinguished destination for visitors from all over the world, enjoying its magic and therapeutic properties, the most important of which is the mud rich in minerals, where most of the Dead Sea visitors cover their bodies and faces with the Dead Sea mud. The waters of the Dead Sea give a unique experience and a different feeling for visitors to stay afloat on its surface due to its density, so the visitor lies on his back and enjoys the wonderful atmosphere while being surrounded by blue waves and fresh air breezes. 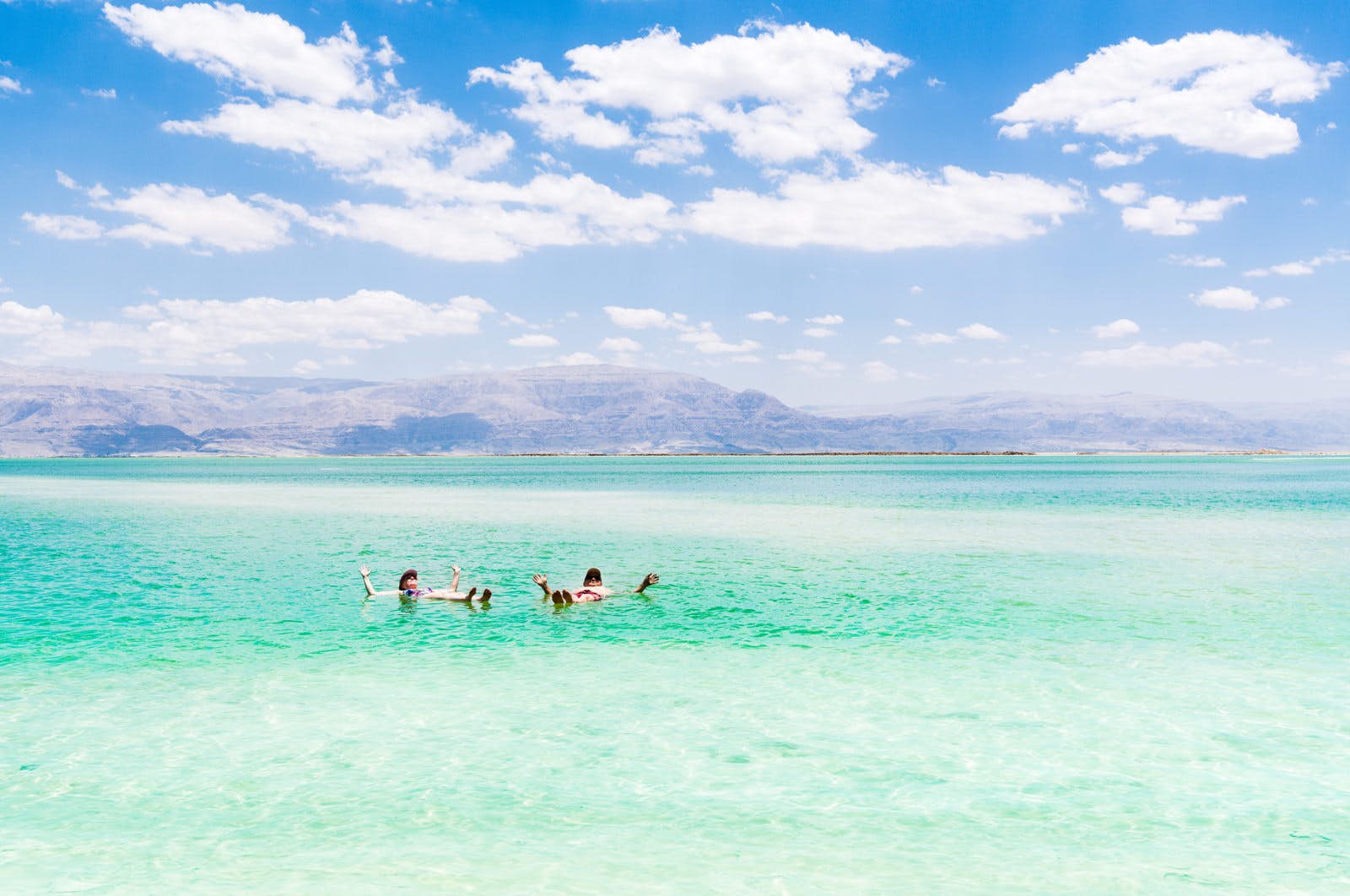 Live a unique experience at the Dead Sea in Jordan, details from here

Jordan also has coastlines on the Red Sea in the city of Aqaba , which is located in the far south of the Kingdom. The city of Aqaba is famous for being a destination for tourists from all over the world. Aqaba is one of the most important tourist cities in the Middle East, overlooking the dark blue waters of the Red Sea rich in picturesque coral reefs. The diversity of marine life in it, and the beaches of Aqaba lined with palm trees are distinguished by their contrast between the natural sandy and rocky, and many distinctive places.

Are you planning to visit the city of Aqaba, see details from here

Jordan has a long history in which many civilizations have succeeded, so that Jordan includes many world-famous historical and religious sites, among those archaeological areas: the Rose City of Petra, one of the Seven Wonders of the World , Jerash, Umm Qais, and others.

To visit the city of Jerash in Jordan, see the details from here

(The ancient city of Jerash)

You may also be interested in: 14 Reasons Why Jordan is a Unique Tourist Destination Worth Your Visit