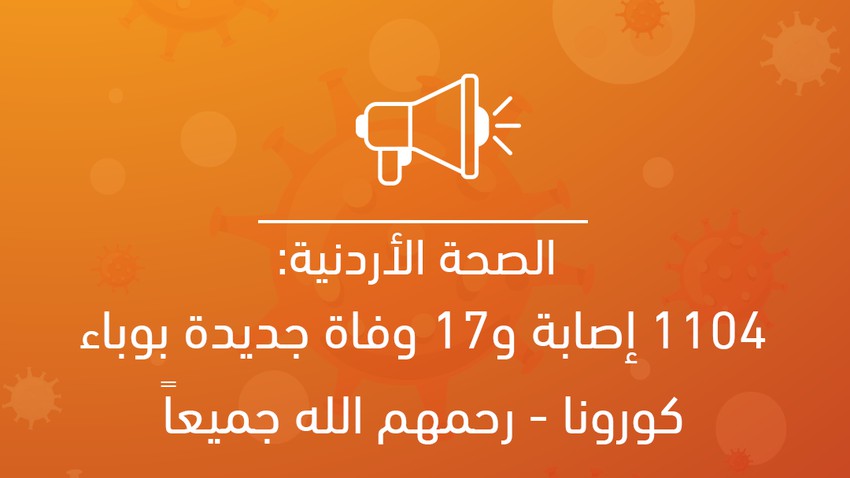 • The percentage of positive examinations is approximately (3.54%), compared to (4.22%) yesterday.

• The number of healing cases in home isolation and hospitals for this day has reached (1530) cases, bringing the total cases to (704,897) cases.

• The number of cases that have been admitted to hospitals today is (81), while (70) cases have been discharged.

• The total number of confirmed cases receiving treatment in hospitals is (706) cases.

- 481 in the governorate of the capital, Amman.

- 25 in the Aqaba governorate.

After its spread in more than 80 countries, what is the `delta` mutated of the Corona virus, which worries the world

Jordanian Health: 311 injuries and 9 new deaths from the Corona epidemic - may God have mercy on them all