Jordanian Health: 418 injuries and 23 new deaths from the Corona epidemic - may God have mercy on them all 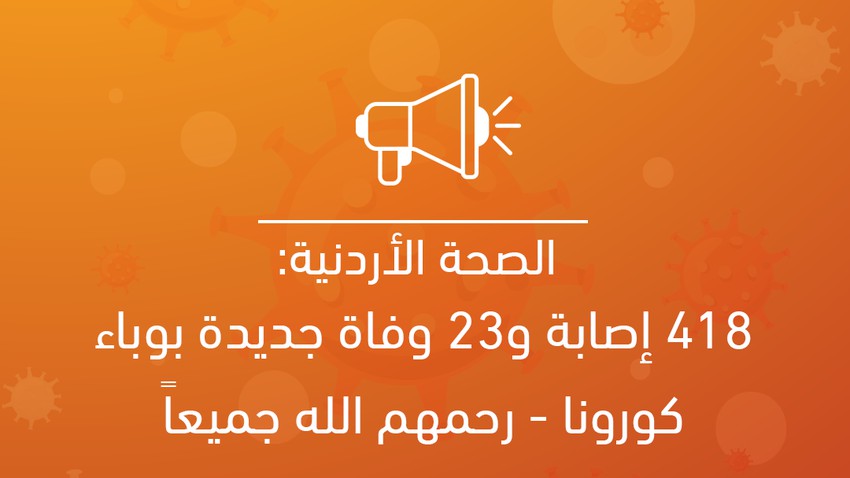 The percentage of positive examinations reached nearly (4.01%), compared to (3.1%) yesterday.

- The number of healing cases in home isolation and hospitals for this day reached (1556) cases, bringing the total cases to (710,410) cases.

The number of active cases currently stands at (4,200).

- The number of cases that have been admitted to hospitals today is (63), while (107) cases have been discharged.

The total number of confirmed cases receiving treatment in hospitals is (716).

- 151 in the governorate of the capital, Amman.

- 47 are in the Irbid governorate, of which 3 are in Ramtha.

3 - In the Governorate of Aqaba.

Jordanian Health: 520 injuries and 9 new deaths from the Corona epidemic - may God have mercy on them all

Jordanian Health: 311 injuries and 9 new deaths from the Corona epidemic - may God have mercy on them all