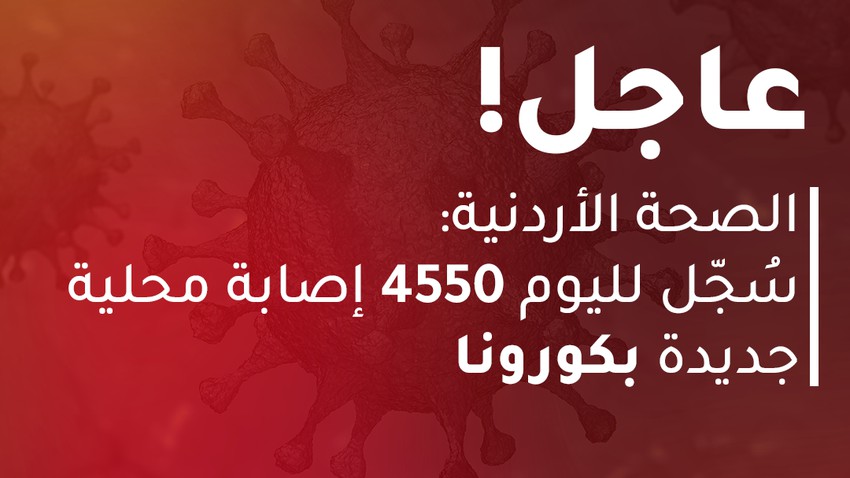 Arab Weather - (4550) cases of the new Corona virus were recorded, and they were distributed as follows:

This brings the total number of cases in the Kingdom to (368,278) cases, while the number of currently active cases reaches (26349) cases.

- The number of cases that are admitted to hospitals today is (196) cases, while (133) cases have been discharged.

The total number of confirmed cases receiving treatment in hospitals is (1028).

The total number of ventilators used in hospitals for confirmed and suspected cases yesterday (81), with an occupancy rate (9%).

- The number of recovery cases for this day in home isolation and hospitals reached (1483), bringing the total cases to (337,359) cases.

(33,846) laboratory examinations were performed, bringing the total number of examinations to (4,405,368), and thus the percentage of positive tests for this day is approximately (13.44%).

• The Ministry of Health calls on everyone to abide by defense orders, and to follow preventive measures, especially wearing masks, not holding gatherings of more than (20) people, and following up on the awareness campaigns that it launched in partnership with a number of ministries and agencies to prevent Corona infection and register to take the vaccine: # Elk_Ofid # Our life - most important