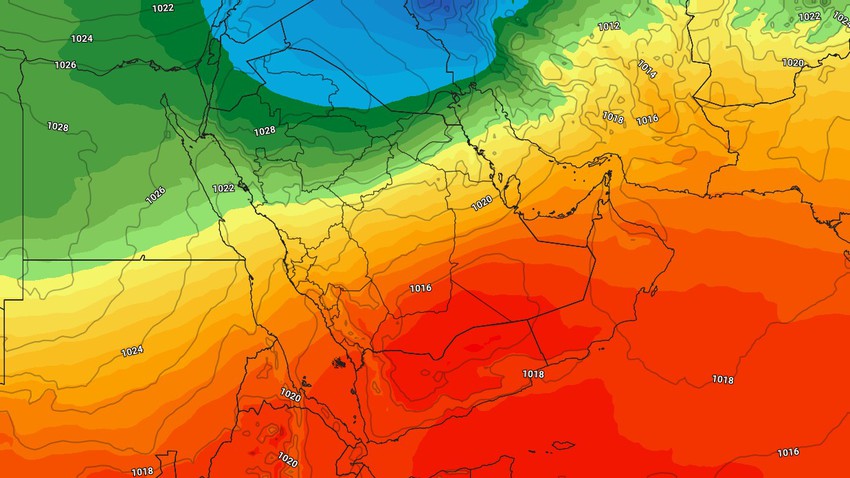 Arab weather - There is a slight decrease in degrees, especially in the northern regions of Kuwait on Monday, and the weather tends to be cold to relatively cold during the day, and amounts of clouds appear at medium and high altitudes, and as a result there is a possibility of local showers of rain in some areas.

The winds will be fickle, northwesterly, light to moderate in speed, energizing at times and increasing the sense of cold.

The outputs of the numerical weather models indicate that a very cold and dry air mass is rushing towards Kuwait from Iraq, so there is a sharp and accelerating drop in temperatures and the weather turns to become very cold on Monday/Tuesday night.

Temperatures drop to less than 5 degrees Celsius in several areas of Kuwait.

Winds will be northwesterly moderate, energizing at times, and significantly increasing the sense of cold.

Kuwait - Weekend | Hot weather and temperatures for forty in many areas