Kuwait | A citizen was injured in a crash of his vehicle.. and several reports related to the weather 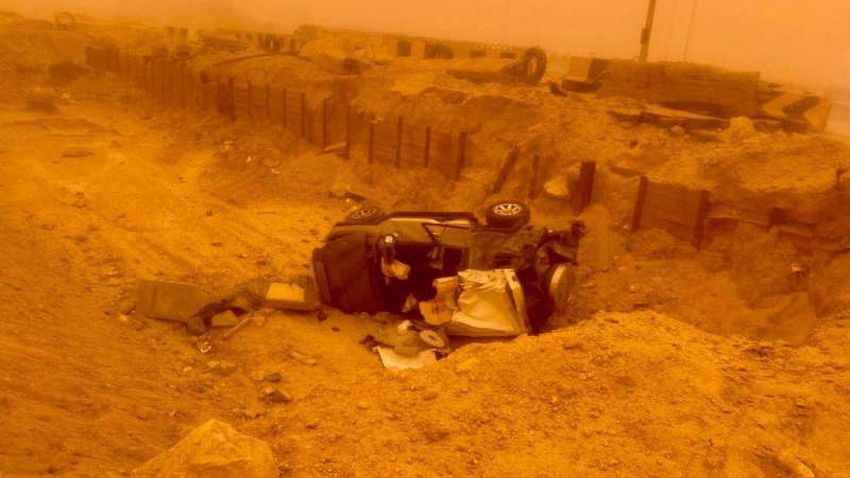 Weather of Arabia - A citizen was seriously injured after his vehicle fell into a ditch this evening.

The Public Relations and Media Department of the Public Fire Force stated that the Nuwaiseeb Center fire brigade dealt with an accident that fell into a ditch near the intersection of King Fahd Road and the new road leading to the city of Sabah Al-Ahmad, which led to the serious injury of a citizen.

The department explained that the firefighting teams dealt with dozens of reports related to the state of weather instability, including 3 marine accidents, which were the loss of people in the sea, riding two water bikes opposite the Bneid Al-Qar beach and two boats opposite the Al-Khairan beach, and they were found in good condition, and a tree fire was also dealt with in Bneid Al-Gar area, house fires and elevator failure.

Air traffic at Kuwait Airport has been temporarily suspended due to the wave of dust, and it will return after 3 hours