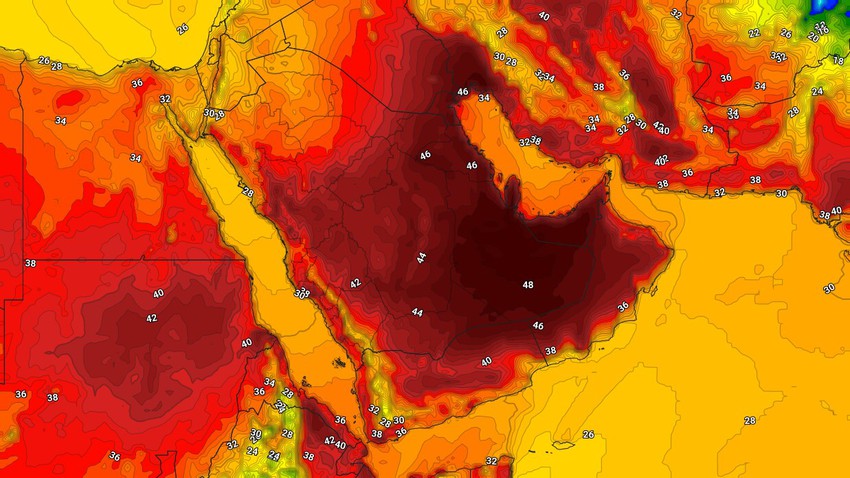 Arab weather - God willing, it is expected that the effect of the very hot air mass on Kuwait will decline on Wednesday, so there will be a slight decrease in temperatures on Wednesday to be around to their highest rates for this time of year, and the weather will be very hot and exhausting in all regions, especially in the regions the interior of the state.

The maximum temperatures are around the mid-40s Celsius to a little higher in the interior and open areas in addition to the interior of the capital, Kuwait.

The winds are northwesterly light to moderate in the interior regions, sometimes active and raise dust, and at the same time the coastal regions are under the influence of southeasterly winds of moderate speed, increasing the humidity, which increases the sense of heat.

Hot weather at night and winds laden with dust

Night temperatures remain high compared to previous nights, and the weather is very hot in all regions, especially in the interior, and temperatures are in the late thirties Celsius at late night hours.