Kuwait | A new sandstorm rushes towards Kuwait on Monday, accompanied by strong winds 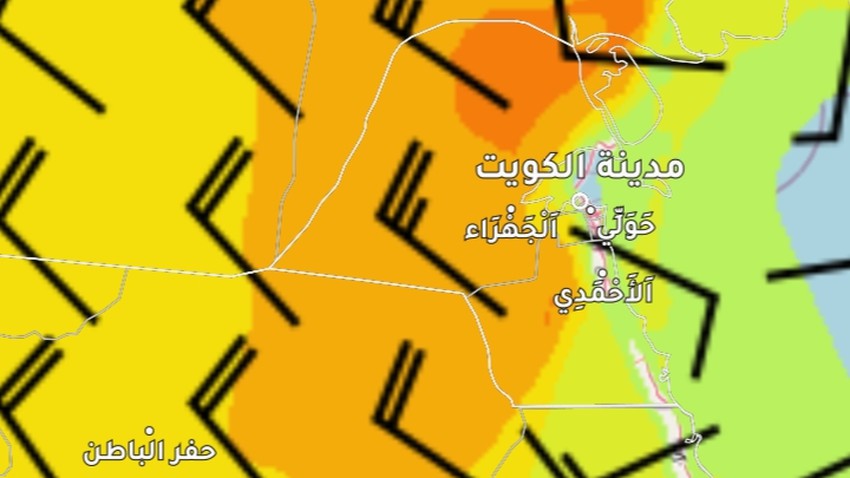 Arab weather - God willing, it is expected that there will be a clear and additional rise in temperatures in various regions of Kuwait on Monday to become slightly higher than their rates for this time of the year, and the weather will be dusty in many areas, especially during the afternoon hours, and hot to very hot in general. The areas are especially in the interior.

Winds will be northwesterly moderate to brisk, accompanied by strong gusts during the afternoon hours that move a sandstorm and dust waves transmitted from Iraq, so that an escalation occurs in the proportions of dust and dust in the atmosphere, which causes a significant decrease in the range of horizontal visibility that may reach the limit of zero at first. From the interior, all the way to the capital, Kuwait, during the afternoon and evening hours, and great turbulence occurs on the sea waves as a result of strong winds.

Dusty weather at night in many areas

There is a clear decrease in night temperatures compared to the previous nights, and it is dusty in many areas, and relatively hot during the hours of the first part of the night, tending to moderate during the late night hours and dawn, especially in the interior regions.

Winds will be northwesterly, moderate to brisk, disturbing the sea waves, exciting dust and dust, and carrying dust and transported dust.