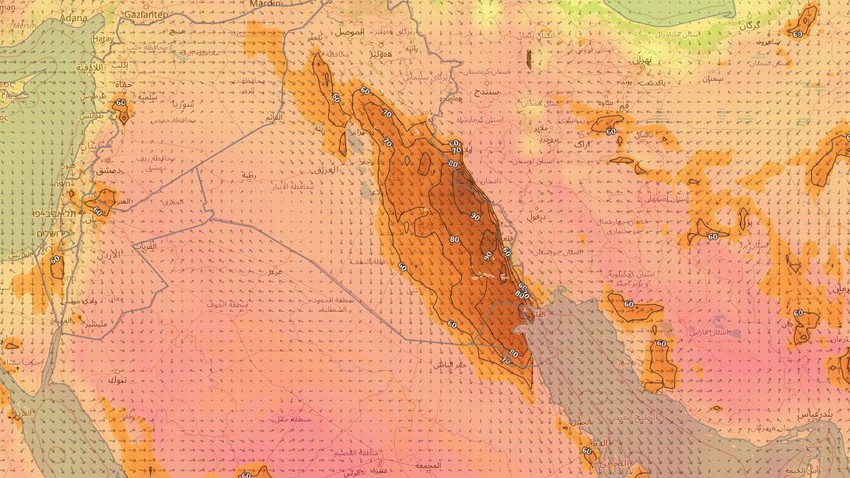 Arab Weather - The latest updates of numerical models indicate an expected intensification of the influence of the Al-Bawarih winds on the State of Kuwait on Monday 5-30-2022, as active northwest winds blow, accompanied by strong gifts sometimes that work to raise dust and dust in all regions amid the continuation of the atmosphere hot.

Visibility decreased in some areas, especially open areas, to less than 1000 meters

In the details, the weather forecast section in Arab weather follows the distributions of atmospheric pressure and its difference between the north and southeast of the Arabian Peninsula on Monday. It is called the Al-Bawareh wind in the State of Kuwait, as the winds are active and accompanied by gusts exceeding the 60 km/h barrier in the open areas, which causes the formation of a dust wave over the country on Monday. 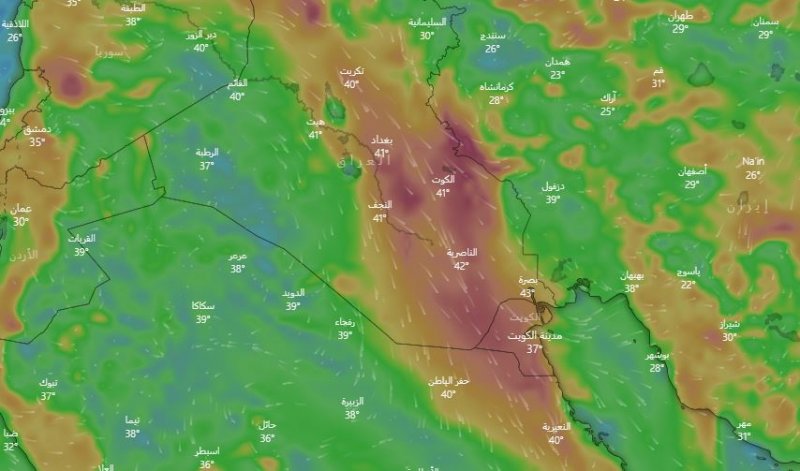 The dust wave expected on Monday is expected to lead to a decrease in the horizontal visibility in the country to below 1000 meters, especially in the desert and open areas.