Kuwait | A small drop in temperatures in the western regions on Thursday, and a rise in the rest of the regions 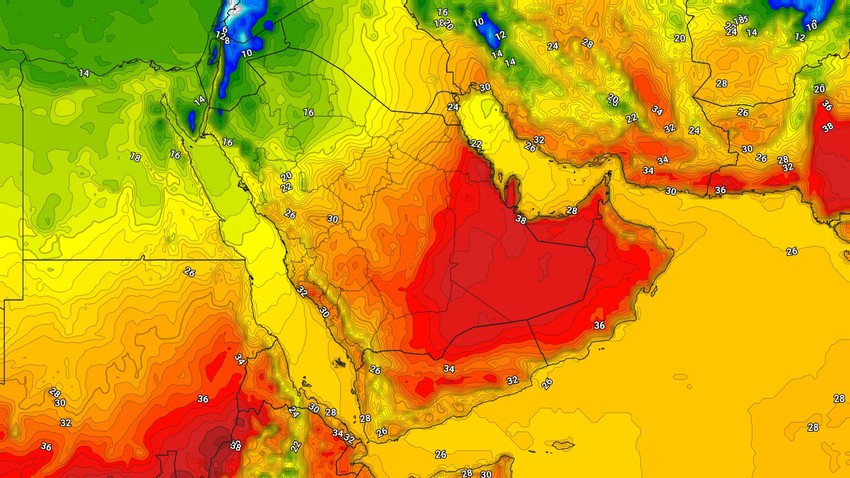 Arab weather - It is expected, God willing, that there will be a slight decrease in temperatures in the western regions, but it will be offset by another rise in the rest of the regions, to remain above their rates for this time of the year, and the weather will be warm to relatively hot in all regions.

Maximum temperatures are expected to be around 30°C in many inland areas and slightly lower in coastal areas.

They appear from clouds at medium and sometimes low altitudes over some areas.

The winds are westerly, moderate in speed, gradually active, especially in the western regions, and are dusty and dusty.

There is a drop in temperature in the night hours, and the weather is warmer than usual during the hours of the first part of the night, and turns cold during the late night hours.

With the continued emergence of clouds at medium and low altitudes.

The winds will be northwesterly moderate in speed, gradually becoming active, especially with the late night hours, and they are dusty and dusty.

Kuwait Weekly Bulletin | Extremely hot weather most of the time, and an unprecedented intensification of the Al-Bawareh winds is observed