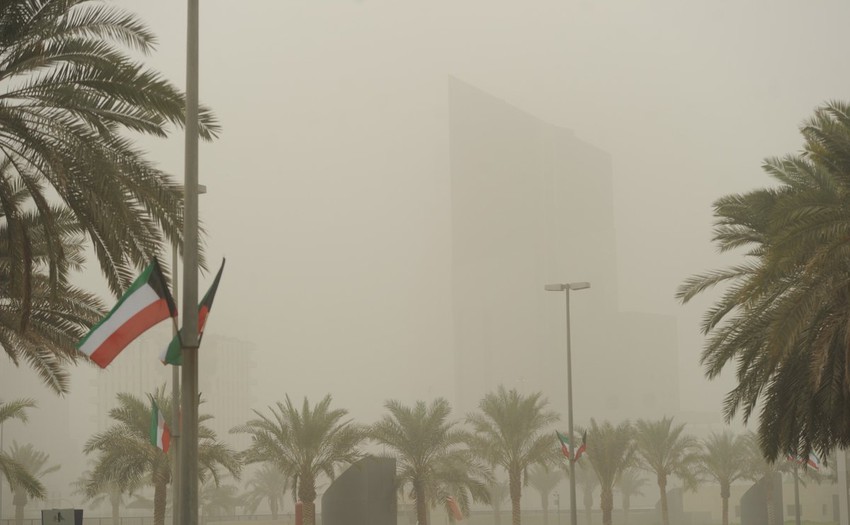 Kuwait | Alert from wind, energetic, and dust for Tuesday and Wednesday

Arab Weather - Sinan Khalaf - The latest weather forecasts issued by the forecast staff in Arab weather indicate the return of the activity of the northwest monsoon wind known as the "Al-Bawareh" winds after a long lethargic period, affecting dust waves in southern Iraq and Kuwait on Tuesday and Wednesday.

The most prominent areas affected by the winds of Al-Buwareh

In the details, it is expected that the winds of Al-Bawareh will be active gradually from Monday, with the intensity increasing on Tuesday and Wednesday, God willing, to be dusty in various areas of Kuwait, and work to reduce the extent of horizontal visibility remarkably.

It is noteworthy that the Al-Bareh winds are characterized by the dusty atmosphere that accompanies it, which works to significantly reduce the range of horizontal visibility, in addition to its negative effects on patients with respiratory system and eyes.

Warnings during the period of impact yesterday.
1- Wind intensity, which may exceed the speed of the accompanying gifts, 60 km / h
2- The intensity of the sandstorms formed and the low horizontal visibility, which may affect some aspects of maritime, air and land navigation.
3- The occurrence of complications in patients with respiratory system and eyes

With graph .. See the best chance of rain in Kuwait during the expected rainy situation