Kuwait | An additional drop in temperatures on Tuesday, and an increase in the speed of the Al-Bawareh winds 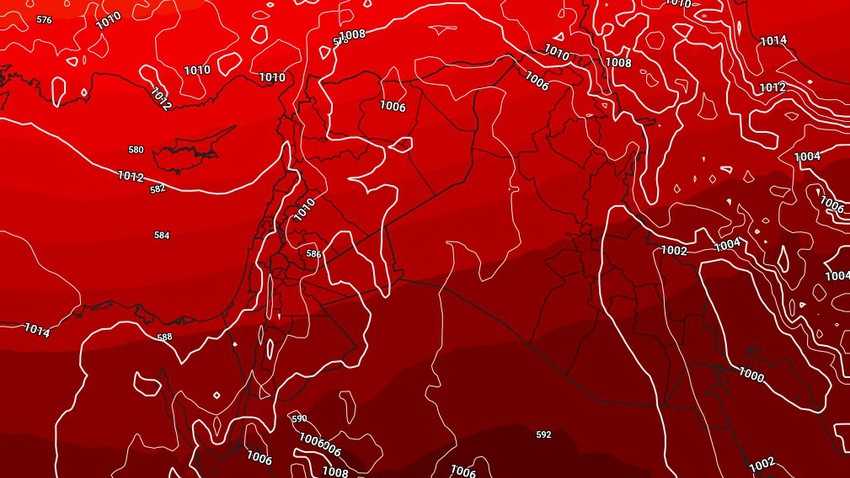 Arab weather - there is another small drop in temperatures on Tuesday to become lower than their rates for this time of the year, and the weather in Kuwait is very hot in all regions, and temperatures remain at forty levels in large parts, and the speed of the Al-Bawareh winds intensifies to be ( Northwest winds) to be active in speed, accompanied by strong gusts, reaching a speed of approximately 70 km/h, and causing dust and dust, which may be thick at times, and the weather is dusty in varying proportions.

The weather in Kuwait on Tuesday/Wednesday night

Temperatures drop at night, and the weather turns to be relatively hot in all regions, and the Al-Bawareh winds decline to become moderately fast, sometimes active, with the atmosphere remaining dusty in general.

Urgent | The Netherlands announces that the number of cases of the new Corona mutant, Omicron, has risen to 14