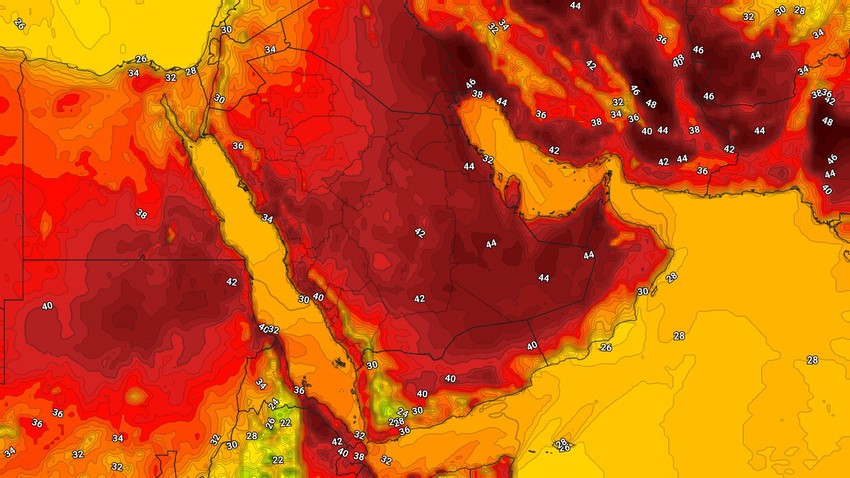 Arab weather - It is expected, God willing, that the temperatures on Tuesday will remain lower than their averages for this time of the year, and the weather will be hot to very hot in all regions, especially in the interior of the country.

The maximum temperatures are between the beginning and the middle of the forties Celsius in the interior and open areas, in addition to the interior areas of the capital, Kuwait.

The winds are northwesterly, moderate to brisk, accompanied by strong gusts that touch the 60 km/h barrier during the noon and afternoon hours. They raise dust and dust and are loaded with transported dust, causing a decrease in the horizontal visibility. Active winds also cause waves to rise on the beaches of the city. Kuwait to about 80-90 cm.

The activity of the northwest wind continues at night

Night temperatures tend to rise a little compared to the previous night, and the weather is relatively hot in all regions, especially in the interior regions, but it will tend to moderate a little at the late night hours and dawn.

The winds are northwesterly, moderate in speed, active at times, especially at the beginning of the night, and are dusty and dusty.