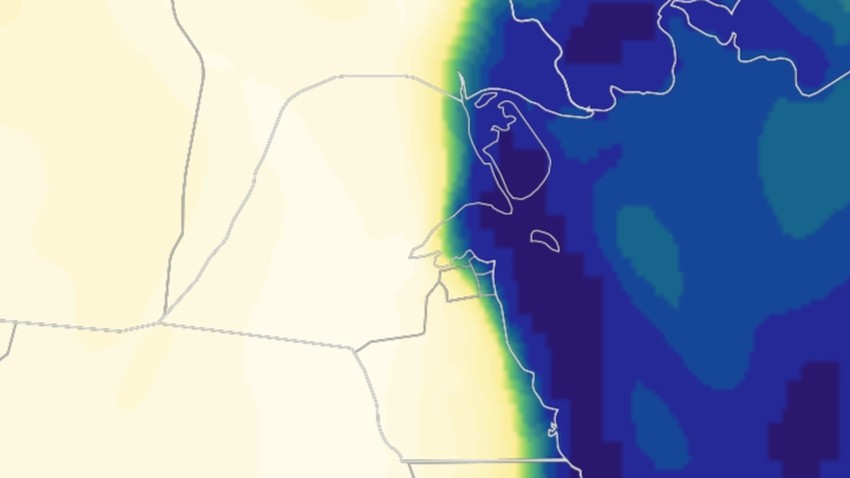 Arab Weather - The weather maps in the Arab Regional Weather Center indicate a rush of humid southeastern air currents coming from the Arabian Gulf, so that the surface humidity levels rise significantly to exceed the 90% barrier on the islands and some coastal areas, coinciding with a decline in the speed of surface winds to be Light speed overall.

Opportunities for fog to form at dawn and Friday morning, and warning of low horizontal visibility to less than 1000 meters

The Arab Weather website advises the need to pay attention while walking on roads that witness a decrease in horizontal visibility due to fog.

What is the reason for the chances of fog formation?

The scientific reason behind the existence of opportunities for fog formation in Kuwait is due to the rush of very humid air currents that coincide with the clearness of the atmosphere and a decline in the speed of the surface winds. As a result, the surface of the earth loses heat and the air condenses near the surface, forming fog, and this type of fog is known as radioactive fog.