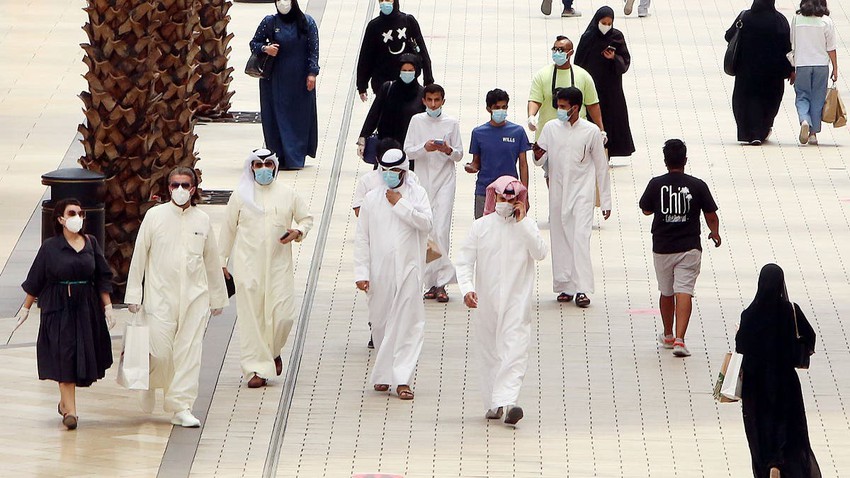 Weather of Arabia - Kuwaiti Prime Minister Sheikh Sabah Al-Khaled Al-Sabah announced, on Monday, the cancellation of a number of health restrictions that had been imposed in the country earlier, to contain the outbreak of the Corona virus.

And he announced in a press conference on Kuwait TV, “ Allowing everyone (restaurants and non-restaurants) to enter commercial complexes and markets, the re-alignment of classes in mosques, and the attendance of students in schools without a PCR examination, provided that they adhere to wearing a mask .”

For his part, the official spokesman for the Kuwaiti government, Tariq Al-Muzaram, said at the same conference that the cabinet, in its meeting today, decided to return to work with full energy in government departments starting from next March 13 .

Al-Muzram added that the council allowed the reconvening of conferences and weddings, whether in open or closed places, and allowing public transportation to operate at full capacity as of February 20 .

Al-Muzaram explained that the Council decided to allow travelers to return to the countries who are immunized with three doses without conducting a “PCR” examination, and without quarantine after returning.

Al-Muzaram indicated that the requirement to conduct a PCR examination for people “not fully immunized” before coming to the country was abolished, and obligated them to home quarantine for a period of 7 days after arrival, with the possibility of ending the quarantine before that in the event of a negative examination starting from February 20 this year.

These decisions come after the rate of vaccination against Corona in Kuwait exceeded 85%, and daily infections decreased sharply during the last ten days, and today reached 2,562 cases, compared to the highest peak ever recorded in Kuwait on January 28, with a number of 6,913 injuries. The total recorded injuries in Kuwait since the beginning of the pandemic amounted to 603,869, while the number of deaths reached 2,521 deaths, or 0.42% of the total injuries.

It is noteworthy that Kuwait had taken a number of precautionary measures to limit the spread of the epidemic at the beginning of this year, as the Kuwaiti Cabinet decided to limit the number of workers in government workplaces to no more than 50% from January 12 until further notice, and decided to limit the holding of meetings and conferences. And internal courses by remote communication, and obligating public mass transportation not to exceed the number of passengers by 50%, with a commitment to applying health and preventive measures.