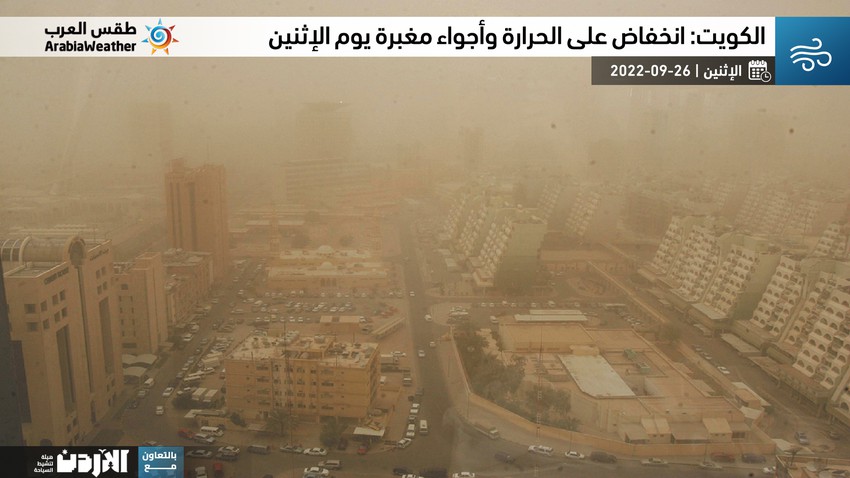 Weather of Arabia - Air maps of simulating air masses show expectations of a deepening of air masses with temperatures lower than their rates for the state's atmosphere on Monday, so that there will be a decrease in temperatures, and the atmosphere will be less hot than in the past days, especially in the western regions, God willing.

With the passage of daylight hours, the northwest winds become active again, accompanied by strong gusts that sometimes exceed the 60 km/h barrier and cause high levels of dust in the atmosphere, and a decrease in the horizontal visibility in some neighborhoods, especially desert and open areas, in addition to the possibility of turbulence in the Gulf waters.

As for at night, the weather will be relatively hot in all regions with the presence of dusty plankton in the air, tending to moderate with the morning hours on the western regions, and the surface humidity levels will decline, God willing, and the winds will be northwesterly moderate in speed, sometimes active.