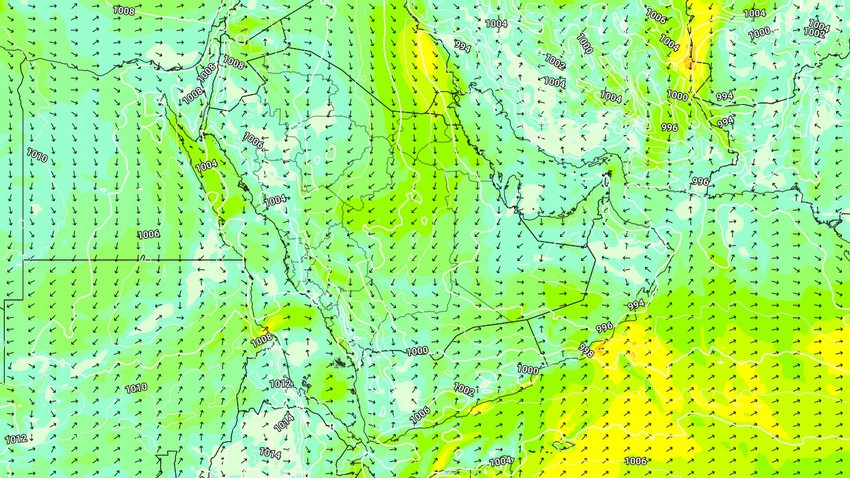 Arab weather - God willing, it is expected that the temperatures measured on Tuesday will rise in most areas, and the weather will be very hot, including the coastal areas of the country.

Maximum temperatures touch 50 degrees Celsius in many areas, especially the interior and desert, in addition to Kuwait International Airport, and may exceed that in some parts.

The weather is very hot during the night hours in different regions.

The winds will be northwesterly moderate, active at intervals, and they will raise dust in the open areas.