Kuwait | Forecast weather for the weekend 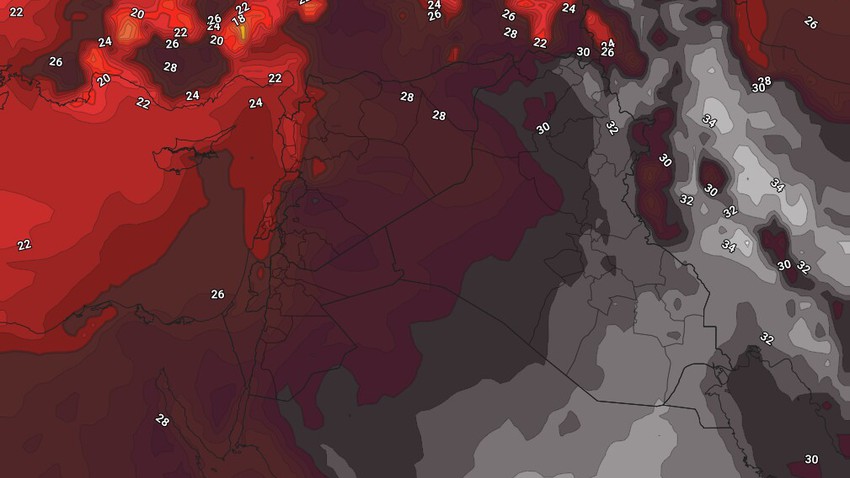 Arab weather - God willing, it is expected that very hot weather will continue over all regions of Kuwait during the weekend, and temperatures will be in the forty levels above most areas, and temperatures approach the end of the 40 degrees Celsius in some areas.

Large amounts of medium and high clouds appear, so that the weather is generally cloudy.

The winds are northwesterly to southeasterly, light to moderate in speed, energizing at times and stirring up light dust. The east winds increase the humidity, which doubles the feeling of heat.

Hot and annoying weather in all areas at night

The weather at night hours during the weekend is hot and disturbing over all regions, and temperatures are around 37 degrees Celsius in the capital, Kuwait, during the midnight hours.