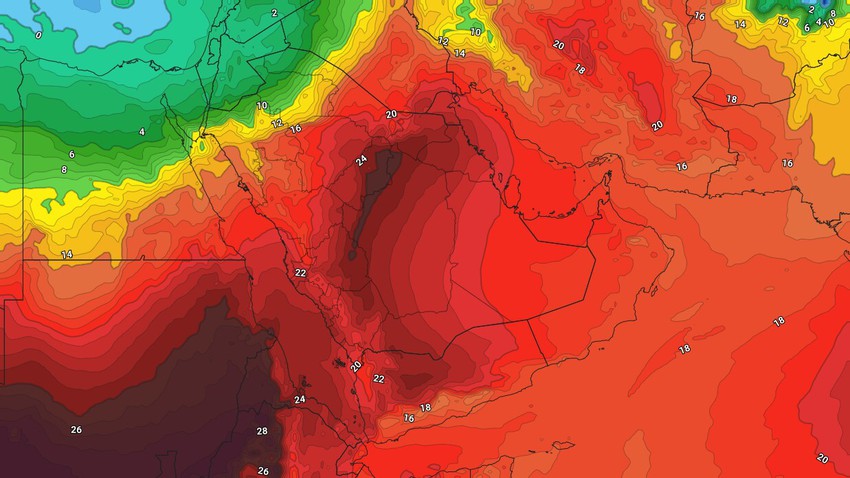 Arab weather - the latest outputs of the numerical models indicate that a hot air mass is approaching Kuwait on Wednesday, so there is a further rise in temperatures in various regions, although it will remain below their rates for this time of the year, and the weather is moderate in coastal areas and warm in the interior , with the appearance of clouds at medium and high altitudes, and easterly to southeasterly moderate winds, sometimes active and working to raise humidity levels, causing an increase in the feeling of heat.

It is expected, God willing, that Kuwait will be affected on Thursday by hot winds that will cause a significant rise in temperatures to be about 5 degrees Celsius higher than their averages for this time of the year. The weather will be relatively hot to hot in most of the interior regions, while it is warm in the coastal areas. With the spread of large amounts of clouds at medium and high altitudes, which may cause local showers of rain in some areas.

Southeasterly to southwesterly moderate winds, energizing at times, and accompanied by strong gusts of dust and dust.

Night temperatures are on the rise