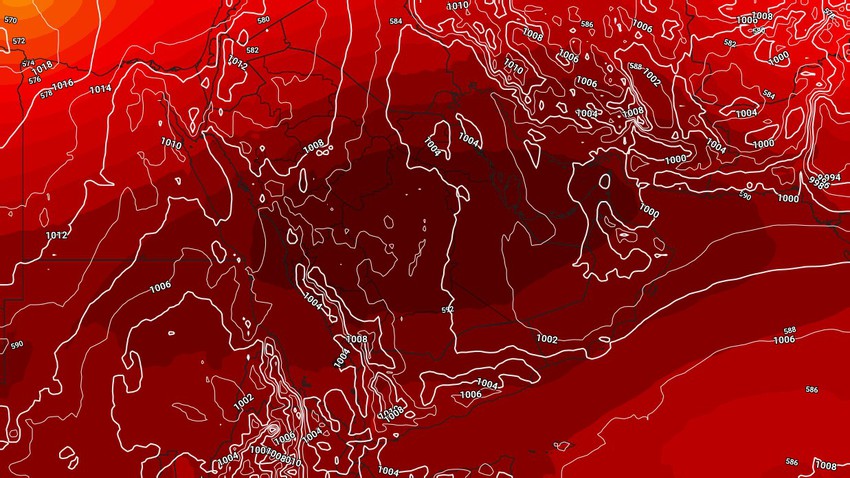 Arab weather - God willing, it is expected that the effect of the hot air mass will increase, so there will be another rise in temperatures in various regions of Kuwait on Thursday to become around their rates for this time of the year, and the weather will be hot to very hot in all regions, especially in the interior regions.

It is expected that the maximum temperatures will be forty in many regions, including the capital, Kuwait, while touching the mid-forties of degrees Celsius in parts of the interior.

The winds will be northeasterly light to moderate in speed.

There is an additional rise in night temperatures compared to the previous nights, and the weather is relatively hot and gloomy during the night hours in all regions of the country, especially in the interior regions.

Kuwait - update at 1:40 pm | An increase in dust rates and a decrease in horizontal visibility in many areas