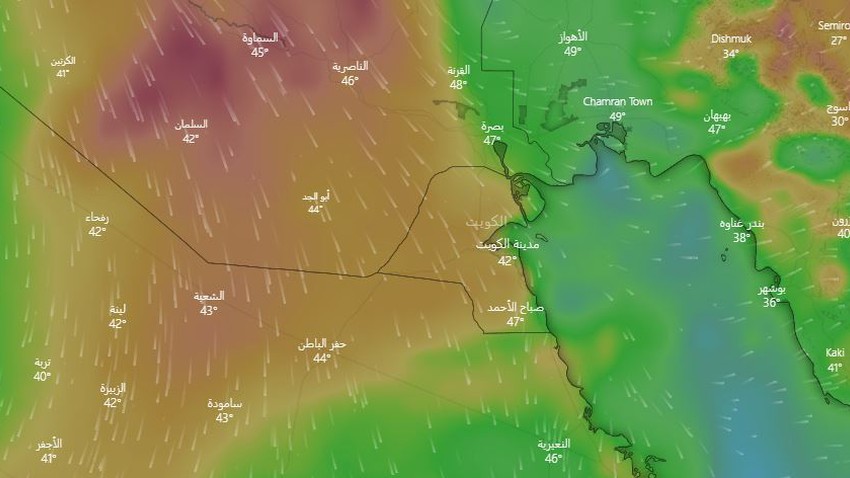 Arab Weather - Weather maps show expectations that the country will continue to be affected by an air rise in the upper layers of the atmosphere, so that the weather will be hot to very hot during the day over all areas of Kuwait, God willing, during the coming days.

Regarding the details, it is expected that the temperatures will remain around above their rates for this time of the year during the coming days, so that the weather is generally hot to very hot during the day in all regions and the temperatures are between 40 and 47 degrees Celsius, while The weather is hot at night and humid in the coastal areas, and the winds are northerly to northeasterly moderate in speed, energizing at times and raising some dust in the desert and open areas. 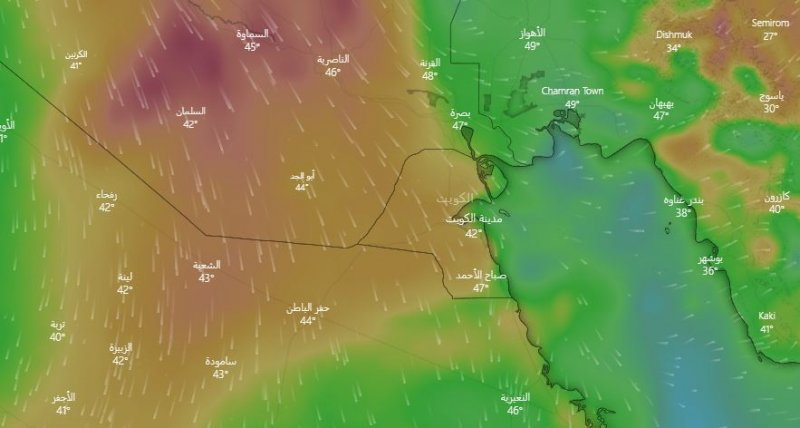 It is not expected that there will be a noticeable change in the atmosphere in the coming days so that it will remain within its rates to a little higher relative to this time of the year, with the relative activity of the northwest winds that raise dust in the desert areas, and a gradual decline in humidity levels in the coastal areas, God willing.