Kuwait | Hot weather and temperatures touching 50 degrees in some areas 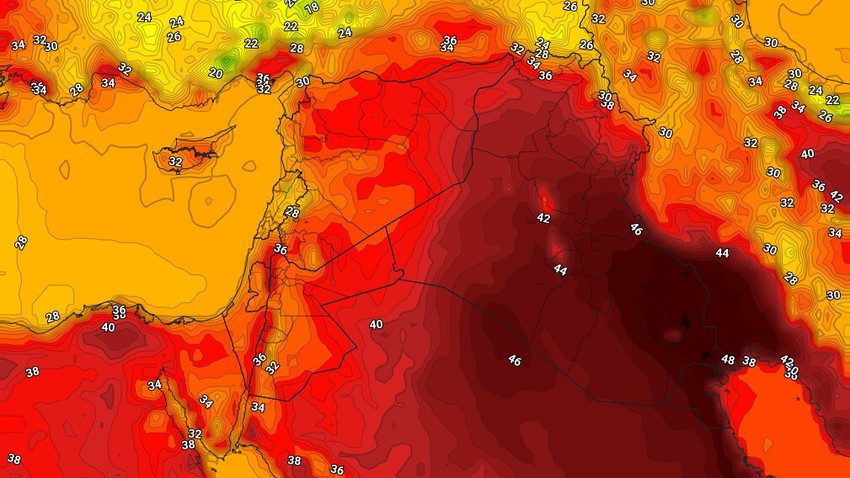 Arab weather - It is expected, God willing, that it will rise very hot to a flame over all regions during the hours of Wednesday, and the temperatures will be in the advanced forty levels above most regions, and the temperatures in some areas touch the limits of 50 degrees Celsius, with the appearance of some clouds at medium altitudes.

Winds will be northwesterly moderate in speed, active at times and accompanied by strong gusts exceeding the 50 km/h barrier, causing dust and dust, and they are loaded with a percentage of dust.

Temperatures around 40 degrees at night in some areas

There is an increase in night temperatures, and the weather at night hours is very hot and disturbing over all regions, and temperatures are around 40 degrees Celsius in many areas during the late night hours.

Winds will be westerly moderate in speed, and may be active at times in some areas.

Kuwait: Stable and warm weather during Sunday in most areas, and it tends to be cold at night