Kuwait | Increase in humidity in some coastal areas. Hot weather on Monday 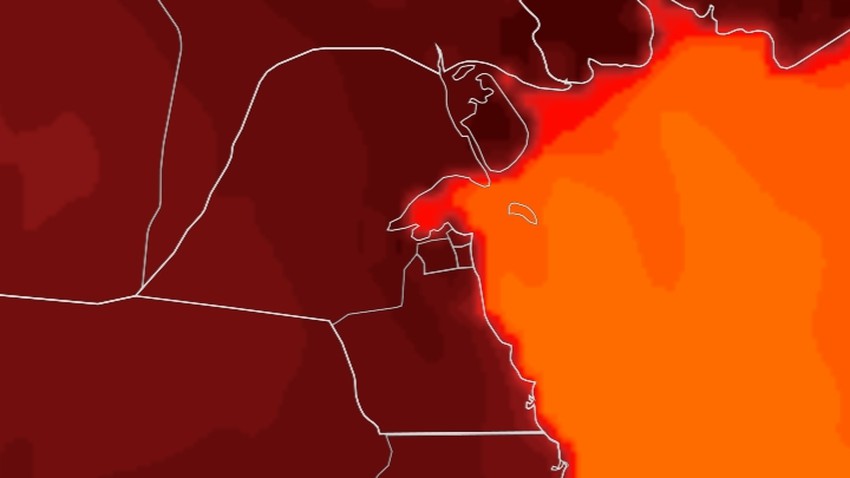 Arab weather - It is expected, God willing, that the temperatures on Monday will remain higher than their averages for this time of the year, and the weather will be very hot in all regions, especially in some coastal areas of the country as a result of the increase in surface humidity.

Maximum temperatures exceed the mid-forties of degrees Celsius in many inland and desert regions, including the interior of Kuwait City.

Winds will be northwesterly moderate in speed, energizing at times and accompanied by strong dust-inducing gusts locally to the north, while easterly humid at some on the coastal areas increases the feeling of heat.

Hot to very hot at night

The weather during the night hours is hot to very hot in all regions, where the temperatures are in the advanced thirties levels in the late times of the night.

Winds will be northwesterly, brisk at times in some areas.