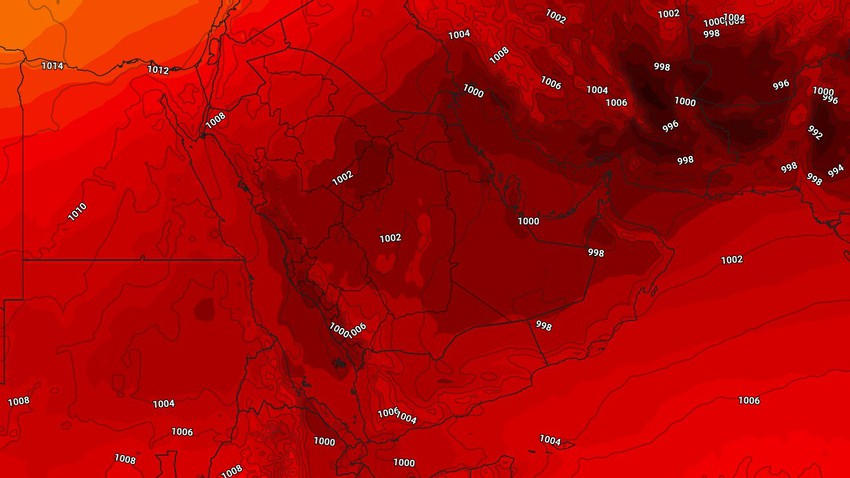 Arab weather - God willing, another rise in temperatures is expected on Wednesday in various regions of Kuwait to become around their rates for this time of the year, and the weather will be very hot and disturbing in all regions, especially in the interior of the country.

Maximum temperatures are around the mid-40s Celsius to a little higher in the interior and open areas in addition to the capital, Kuwait, and may exceed that in some areas.

Winds will be northwesterly moderate in speed, energizing at times and causing dust in the interior and open areas.

Hot weather at night and increased activity of northwest winds

Temperatures tend to drop during the night hours, and the weather is hot in all areas, especially in the interior.